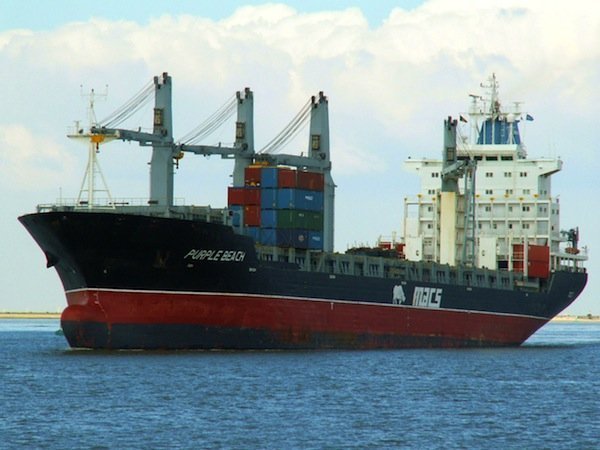 London: The noxious fire onboard the Macs Shipping controlled ship, Purple Beach, has been doused. However, efforts to offload the dangerous fertilizer cargo onboard have been hampered by stormy seas. Salvage ships worked through much of the night to shower the a cargo hold on the fiery vessel with some 500 cu m of seawater, successfully putting out the fire.

The Purple Beach containership (built 1998; 33,722 dwt) caught fire on May 25, 17 nautical miles southwest of Heligoland, a small German archipelago in the North Sea. The fire in the hold was put out, before it sprang back on May 26. Three salvage ships were deployed to assist the ship. A total of 36 people, including 22 crew and some firefighters, were taken to hospital for gas poisoning yesterday. No one was seriously injured.