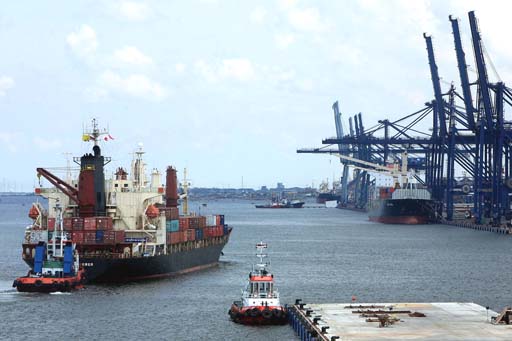 Indonesia’s Transportation Ministry has introduced a freight subsidy programme for vessels carrying cargo to remote areas in the archipelagic country that are not already served by privately owned ships.

The scheme is part of president Joko Widodo’s maritime highway initiative, which aims to forge better logistical connections within Indonesia, particularly to and from remote islands.

The government has allocated IDR 27bn ($1.98m) for the public service obligation (PSO) subsidy programme, which will help fund the operation of three ships until December, the Jakarta Post reports.

State-owned shipping company PT Pelayaran Nasional Indonesia (Pelni) will operate the three 115-teu cargo ships on a fixed schedule, calling at destinations including Timika and Serui in Papua, Tual in Maluku and Natuna in Riau.

The vessels will carry cargo such as rice, sugar, flour, cooking oil, eggs, steel and cement. Two will depart from Tanjung Priok in Jakarta, and the third will sail from Tanjung Perak, Surabaya.

“Based on our study, the high prices in the remote areas are usually caused by uncertainty surrounding shipping schedules and sea conditions. The cargo ships can hopefully help to reduce the disparity between the eastern and western part [of the country],” Indonesia’s transportation minister Ignasius Jonan told the Jakarta Post.

The minister added that this is just the first phase of the scheme, and it is hoped that more ships would be added to the service in December or January.

Next year, the ministry has reportedly allocated IDR 257.9tr ($19m) for the PSO scheme to help Pelni operate six routes.

Goentoro said Pelni may lease some ships while awaiting approval for the extra funds to buy vessels. Newbuildings take too long to be delivered, he continued, so the company would look at acquiring secondhand vessels aged between five and ten years old.