Liners face a fight to see their block exemption regulation (BER) extended by the European Commission (EC) next year, with the Organisation for Economic Co-operation and Development’s (OECD) International Transport Forum (ITF) the chief obstacle.

The forum yesterday released another 57-page report suggesting that liner alliances now have too strong a market share – above the EC 30% maximum – to necessitate the special treatment they have received from Brussels.

The report follows hot on the heels of liner lobby group, the World Shipping Council, submitting additional information to the European Commission this week. The Washington DC-based council claimed this week: “Vessel sharing arrangements are essential tools for providing efficient, environmentally responsible, and frequent liner shipping services to countries all over the globe.”

The ITF’s latest report, citing data from SeaIntelligence Consulting (see charts below), shows how container shipping has become more concentrated and vertically integrated in recent years, slipping on various performance indicators related to trade lanes to and from Europe.

Until 2015, all alliances taken together had market shares below 50% on the main East-West routes involving Europe. In 2018, this share was above 95% for Asia-Europe services and above 70% for North America-North Europe.

On various routes, individual alliances now represent more than 30% of capacity share. For example, the 2M Alliance had a market share of 39% on Asia-Med and 35% on Asia-North Europe in the fourth quarter of 2018.

“Most liner consortia are likely no longer covered by the EU Consortia Block Exemption Regulation (BER),” the report stated.

The block exemption has been in the headlines in recent months with a number of important voices including a host of shippers’ bodies suggesting the EC should not renew it in 2020.

In a 127-page report on container alliances issued last November, the ITF stated: “A repeal of block exemptions is unlikely to result in the termination of current and future alliances, as these could still be authorised under competition law on a case by case basis. However, it would ensure greater scrutiny of individual alliances and thus more effectively deter any anticompetitive conduct in the sector.”

The lead author of both ITF reports has been Olaf Merk, project manager for ports and shipping at the forum.

Explaining to Splash why he has pursued the issue so doggedly, Merk said he had “a fascination with how a specific sector has managed to get and sustain a tailor-made regulatory system”.

The EC will announce whether or not it will extend the BER later this year having combed through many submissions from across the world. 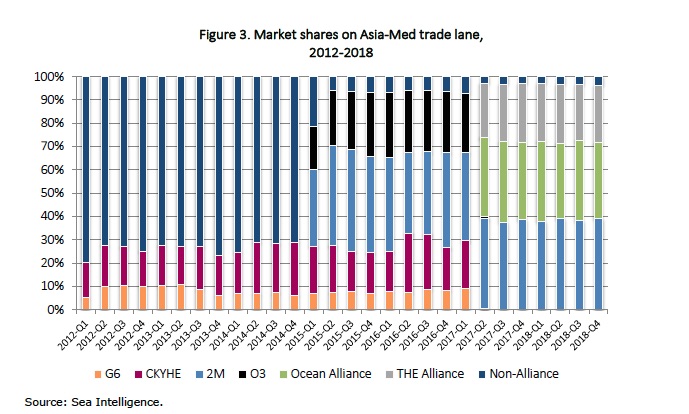 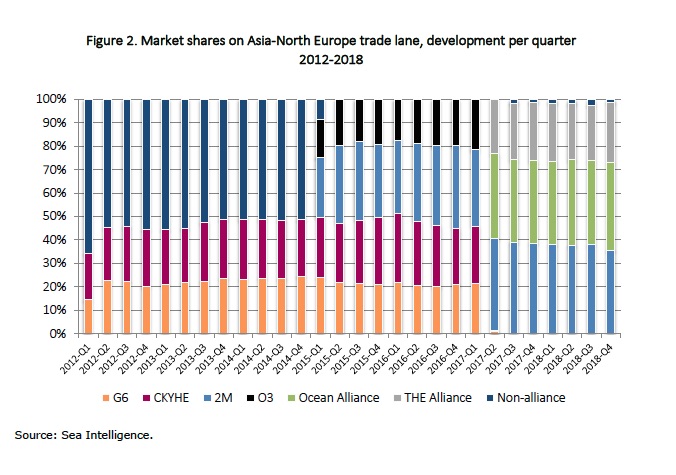 Crews down tools Down Under

Crews down tools Down Under