Dr Lynn Simpson explains what can happen when preganant animals travel on livestock carriers: “The morale of the ship plummets when any baby dies, they are seen as a glimmer of light and happiness on a ship of shit and misery.”

Australian firm Elders has given breeder animals a reprieve from the risks of live exportation. Fantastic news. Thank you, Elders.

But what is a ‘breeder animal’? In the context of live exports from Australia they are any primary production animal that is exported for the purpose of reproducing in another country.

As a shipboard veterinarian, I often had breeder animals on my long haul voyages. These voyages were often the longest, such as from Portland, Australia to the Black Sea port of Novorossiysk in Russia. It didn’t stop there; they could then be put into trucks immediately from the ships for up to 36 hours. Once unloaded if they were dairy cattle they are often kept intensively on concrete for the rest of their unnatural life. 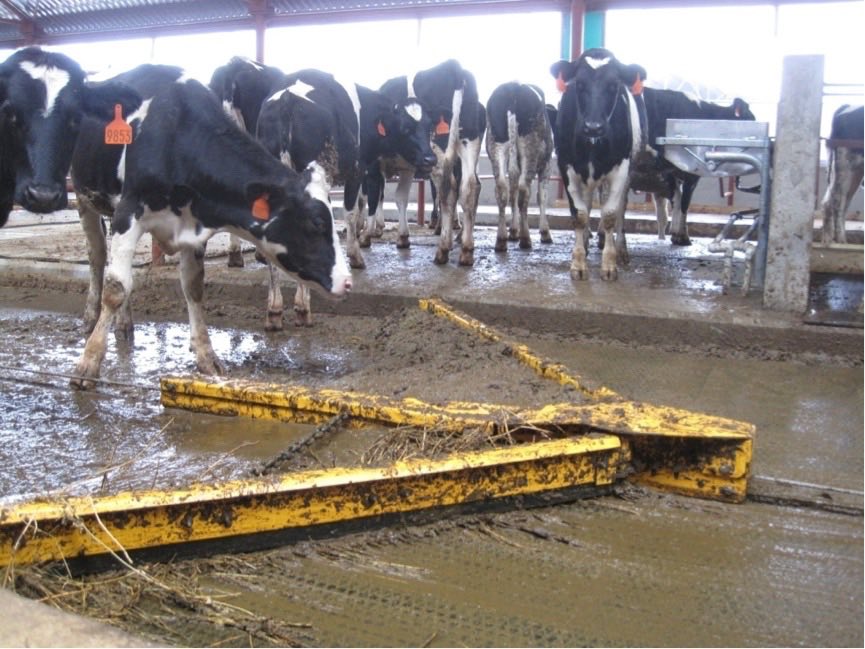 The fatigue these animals who were often six months pregnant when we left Australia, closer to seven or eight months when we arrived in a foreign port and only have a nine month gestation period, was visible. They were exhausted. Some had aborted mid-voyage, some had given birth and were already rearing babies.

If they were fortunate enough to be your classic black and white cows people are familiar with on milk cartons, our legislation gives them a 5% increase in space for the voyage for resting purposes, regardless of how long the voyage is. Pregnant Brahman types get no such hollow luxury.

A caring exporter will give above this allowance and it makes a huge difference. Research conducted by the live export industry in about 2008 recommended a minimum increase in space of 10 to 15%. But this has not been reflected in the legislation. It would cost more money, but provide better welfare outcomes.

I’ve rarely done a dairy voyage where there has not been at least one calf born or an aborted calf found trampled into the sewerage in the crowded pens. It’s not the cows’ fault, they are protective of their young, but it’s a logistical nightmare for a new mum to birth and look after a weak little baby in a pen of towering mature cows. Calves on these ships get sick and injured easily. 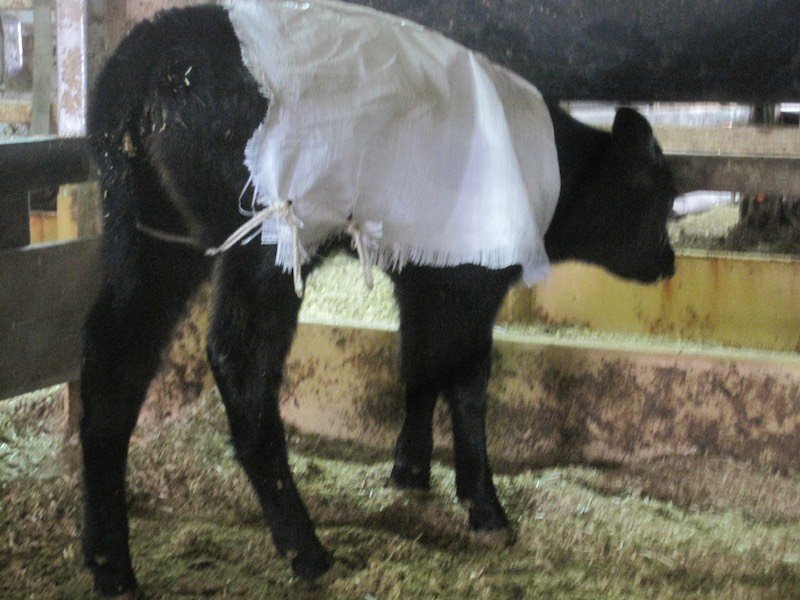 One voyage I did had 22 births, not all survived. We had no choice but to squish other cattle into tighter stocking densities to provide a safer less populated space for the mums and bubs to cope. Unfair on the others; but necessary for the calves’ survival. I’ve done a caesarean kneeling in inches of shit in rolling seas, delivering a dead baby in filthy conditions with rudimentary and improvised equipment.

The Australian industry in conjunction with the government has undertaken a study of breeder cattle to determine if they should be granted the extra protection of ESCAS (the export supply chain assurance scheme). Essentially a program that follows exported animals to the point of death to try to ensure they get acceptable welfare. ‘Breeders’ were deemed not to need this extra protection that is afforded to slaughter cattle. 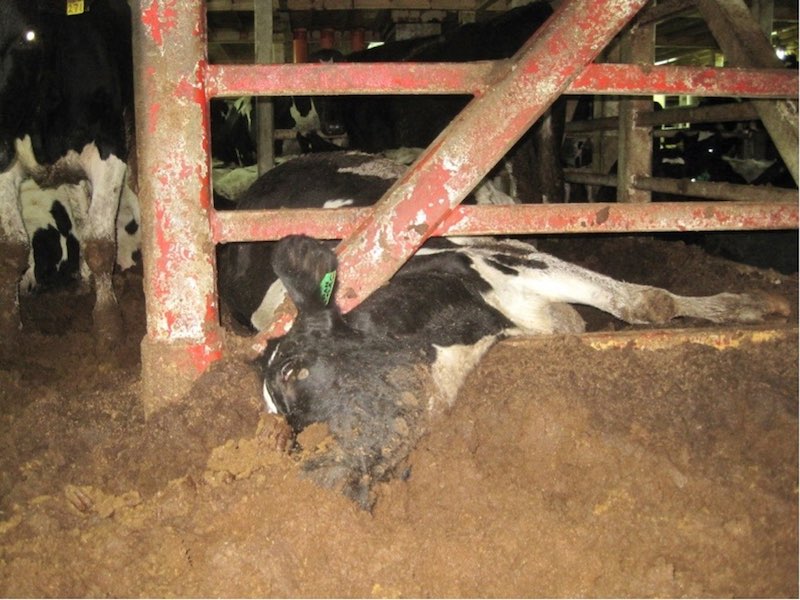 I think this is a welfare travesty and a complete farrago. Breeder animals are inherently at greater risk than slaughter animals. They not only have to endure an extended period of management including mating and birthing, but at some stage will of course die. They will die of natural causes on their farms/dairies, or at a slaughterhouse. Not necessarily one that is monitored by the Australian ESCAS system. They are essentially abandoned by Australia upon arrival and we can only hope that their new owners provide acceptable care. I know for a fact that this isn’t always the case.

The government claims their higher value affords them protection and respect, no further precautions should be made, it would be too hard apparently. Money trumps logic.

If this is so, why did two of my stockmen and I have to kill several dairy cattle days after they arrived into a multimillion dollar, state of the art dairy in Russia? There was no equipment, we were deep in Russia away from our ship. One animal lay unyielding as I cut its throat with no restraint, just being left to die by the new owners. Another we found in a concrete, cell like room, no bedding and with a snapped back leg. We had to borrow a sledgehammer from some local workers, knock her unconscious and then I cut her throat.

We returned the next day to find their bodies on a pile of burning tyres – where the authorities then insisted I climbed into the smoke and conduct post mortems. 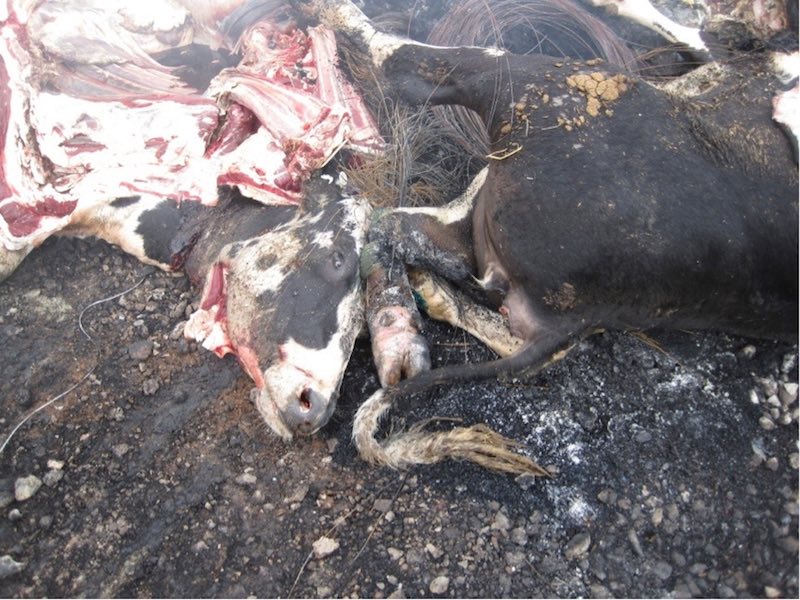 This doesn’t always occur in practice. I’ve had voyages where I killed baby lambs nearly everyday.

I nearly quit once when I saw the daily pile of dead sheep collected on main deck for disposal. About 120 sheep. The pile was about three foot high, six foot wide and 12 foot long. Most of the sheep were dead already. I had to go through the pile, kill the near dead ones, then post mortem the rest for reporting purposes.

It nearly broke me to see a new born lamb tucked in and curled up asleep against this pile of wasted lives.

But of course at sea you can’t storm out and head home. I humanely killed the lamb and kept working.

This was one of the moments that highlighted to me how valuable my veterinary skills, pragmatic approach and deep care for these animals was needed in this hellhole. To provide whatever positive influence I could, be that reporting, or euthanizing. 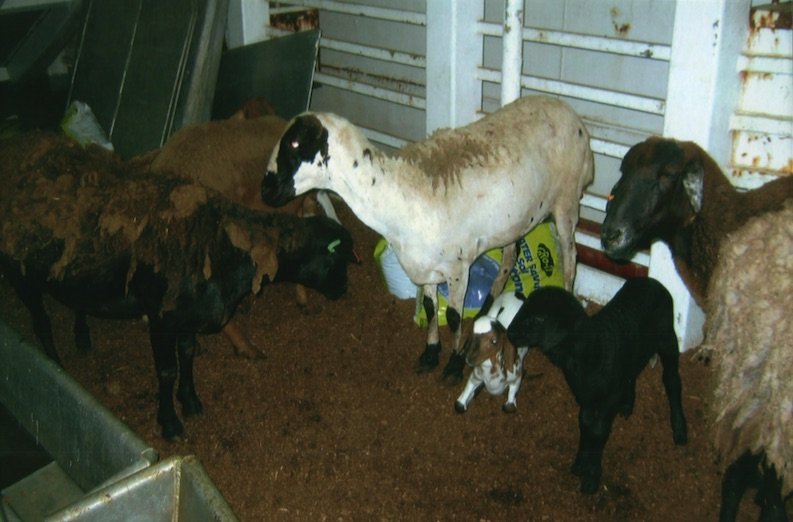 Why kill babies? I didn’t want to! But the importing countries were understandably sensitive about buying an animal they were about to slaughter and did not want the added surprise and sadness of a dying baby being removed from the mother’s uterus during the butchering process. If they saw a single lamb upon inspection of the ship in the discharging port we would risk the whole cargo being rejected. This is a huge welfare risk for all the animals onboard, as was learnt from the Cormo Express rejection in 2003.

One day I killed 55 Damara lambs. All lambs are cute, but Damara lambs are super adorable. It was like being expected to kill 55 kelpie puppies. I sedated them heavily first, then had to cut their throats. I was unapproachable with rage for hours before and afterwards. I remember my rage clearly as I type this. I phoned a friend in Bahrain to calm me down afterwards. It was the first time anyone ever suggested to me that I likely had PTSD.

The crew were all so sad. Many missing their children terribly on their long contracts and would challenge me as to why we had to do this. Grown men cried, some tried to hide lambs. It was heartbreaking. Again I complained to the authorities, but more babies were born on voyages.

The morale of the ship plummets when any baby dies, they are seen as a glimmer of light and happiness on a ship of shit and misery. They get visitors and presents from crew. Then I have to extinguish them.

I’m the bad cop, they know it hurts me too, and a mutual feeling of despair is aired without words.