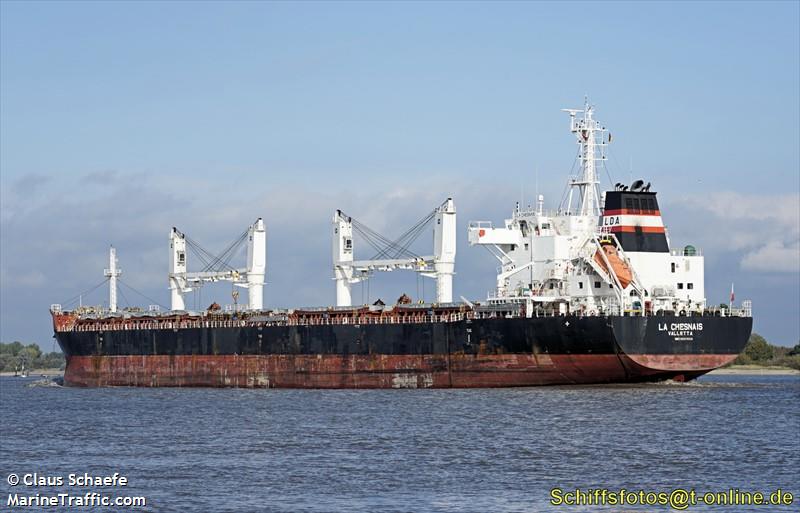 ran aground near Ramallo on the Parana River in Argentina this week, with low water levels believed to be the cause.

The loaded ship, which is operated by Louis Dreyfus Armateurs according to VesselsValue, was headed for Chile when it ran aground. MarineTraffic mapping shows the vessel is currently still grounded, and has three vessels assisting in operations to free it.

Low water in the Parana has been a problem for more than a year. Now it appears the river may be on course to surpass the low water level reached in 1944, according to Alfredo Sesé, technical secretary of the Transportation and Infrastructure Commission of the Rosario Stock Exchange. He told Argentina’s BCR News that “forecasts for the remainder of 2021 indicate that we will not have an improvement.” In fact, he said, conditions in July and August are expected to worsen.

Sesé also said that ships are leaving port with up to 10,000 tons less than they would ordinarily carry. “We are talking about a loss of 25% carrying capacity.” He noted that this will slow down port logistics and create uncertainty related to timing of shipments, but he does not anticipate issues in ultimately fulfilling contractual obligations to shippers.

Although there have been suggestions that water might be released from the Itaipu Dam higher up the Parana River, Sesé does not expect that to happen, explaining that the dam is also dealing with low water, “even with problems for energy production.”