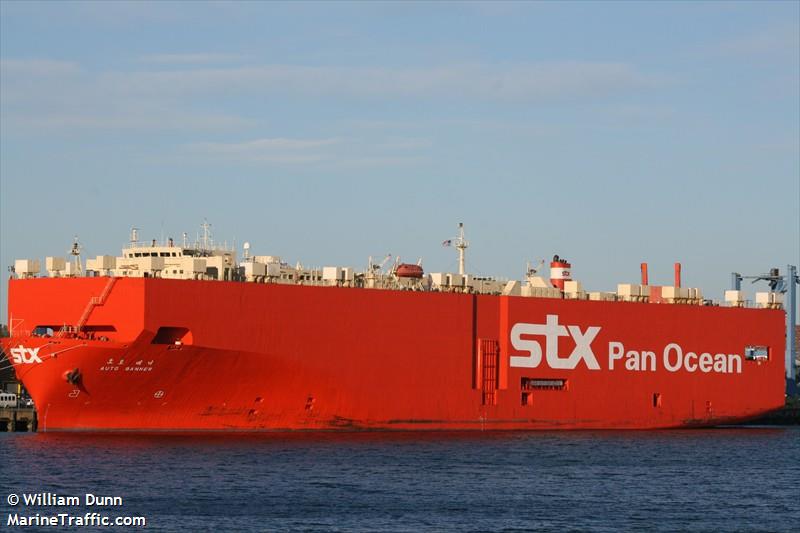 car carrier. Thick plumes of smoke are still emanating from the 199 m long ship as Splash’s daily newsletter readied for publication, some nine hours after the blaze started.

The fire started on the 11th floor of the ship, which was due to take a consignment of used cars to Libya. Helicopters were deployed to drop water from the air, while more than 40 fire engines have been spraying the hull from the dock to try and cool the ship down. Firefighters have also drilled three holes into the side of the ship to help get the smoke in and to douse the inside of the ship.

All crew were evacuated this morning and there have been no reports of injuries.

Firefighters are waiting for the smoke and heat to cool down before they can enter the 50,000 dwt ship.

The 5,700 unit car carrier was loaded with 2,100 used vehicles when the blaze started, of which around 200 were located on the 11th storey of the ship.