Oldendorff has booked a capesize owned by Greece’s Phoenix Energy Navigation on a 12-month period charter while spot rates continue to rise, according to Baltic Exchange data.

The deal is the seventh new capesize fixture to be reported since September began. 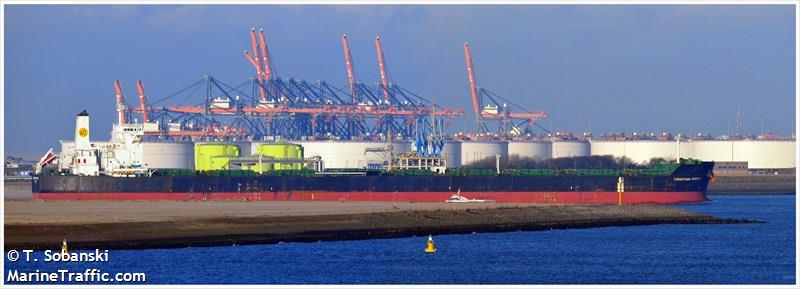 was reportedly booked at a rate of $9,250 daily, delivering in China in mid- to late October.

Meanwhile in the spot market, the Baltic Dry Index today rose 34 points from Wednesday to reach 937, showing chartering activity is coming back stronger than ever after taking a breather last week.

Capesizes are still performing well, with big increases in rates shown on all the Baltic’s benchmark routes again today.

Activity in the Atlantic has leaped into action over the past week and rates for trans-Atlantic round-trips are just a couple of hundred dollars behind those for trans-Pacific round-trips.

The timecharter equivalent rate (TCE) has doubled during the past seven days for the Baltic’s Gibraltar/Hamburg transatlantic round voyage (C8_14), which has advanced from $7,800 per day on September 15 to be assessed today at $15,575 per day.

The Baltic’s China-Japan transpacific round-voyage benchmark (C10_14) was assessed today at $15,813 daily, up by $1,092 from Wednesday’s level. The route has seen a 50% increase in rates over the past seven days.

Spot rates on the Bolivar to Rotterdam (C7) route have risen by just over 38% over the last week and were assessed at $7.825 per tonne today – the highest level seen since mid-August 2015.

Some 11 new capesize spot fixtures were reported today for iron ore bound for Qingdao. Of these deals, eight fixtures were for cargoes ex-Western Australia, mostly for Rio Tinto again.

The Baltic’s Western Australia to Qingdao route (C5) was today assessed $0.186 higher at $6.459 per tonne, the highest level seen for the route since mid-August last year.