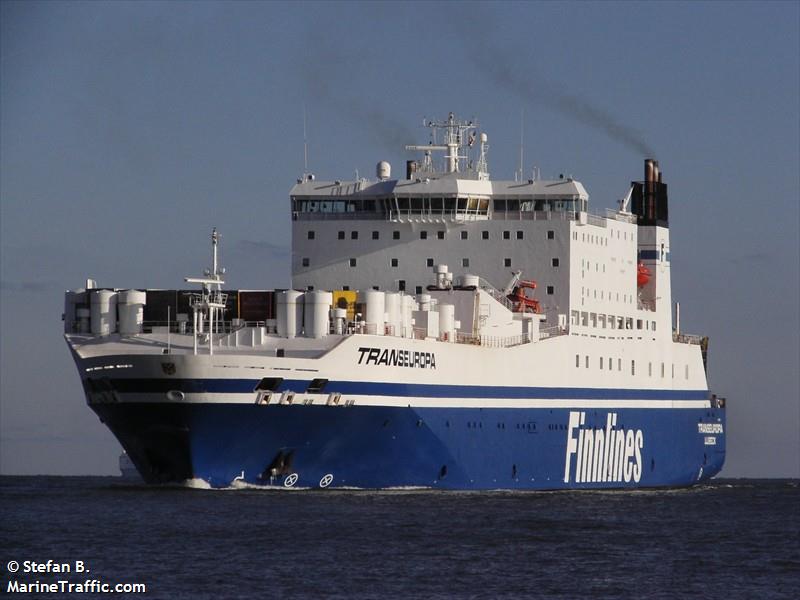 , who have not shown signs of life since last Friday when the ship was engulfed in flames off Corfu.

The Greek Fire Brigade’s special disaster unit (EMAK) was reinforced yesterday with more than 40 people, in addition to the specialists from Smit Salvage, but they were unable to locate any of the passengers as the temperatures were too high and a fire was still breaking out in the ship’s third garage.

The Grimaldi-owned ship, which was carrying more than 290 passengers and crew, as well as 153 trucks and 32 cars, caught fire while on its way from Igoumenitsa, Greece, towards Brindisi, Italy. Most of the passengers were quickly evacuated, and one Belarusian truck driver emerged alive on Sunday. However, 10 other truck drivers who remain unaccounted for reportedly slept in their vehicles because the cabins on the ferry were unsuitable, according to the Greek Union of Professional Truck Drivers (SEOFAE).

Grimaldi has dismissed these allegations, insisting that the ship had been inspected a few days before the voyage and blaming the drivers.

“According to international regulations, access to the garage decks by passengers is absolutely forbidden, while the vessel is in navigation. This safety rule is strictly applied by Grimaldi Group vessels. Moreover, in order to make sure that such rule is observed by all passengers onboard, particularly by truck drivers, the cargo area evacuation is checked before departure and designated crew teams regularly patrol the garage decks during navigation.

“If any truck driver decides fraudulently to hide himself in his truck, this behaviour is a flagrant offense against International Regulations and Grimaldi rules which can put at risk his own and the ship’s safety,” the company said.

The body of a 58-year-old Greek truck driver was recovered on Sunday, the first confirmed death in the accident. Local media reports say authorities fear even worse after an Afghan passenger who had not been registered was rescued and that there might be others who entered the ship illegally.