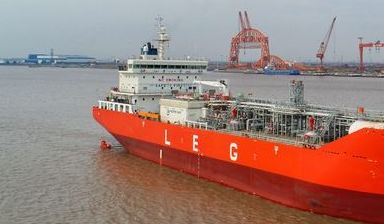 SUMEC Group, a state-run machinery manufacturer in Jiangsu, has announced its decision not to continue the construction of an unfinished 22,000 cu m LEG vessel at CIMC Sinopacfic Offshore & Engineering.

The vessel was originally ordered by Norwegian owner Ocean Yield and SUMEC was the financier of the newbuilding project. The owner cancelled the vessel when Sinopacfic Offshore filed for receivership in 2016,  before it was taken over by CIMC in 2017.

SUMEC said the decision was made after a thorough evaluation of the project and it has booked an impairment loss of RMB63.2m ($9.4m) for the project.