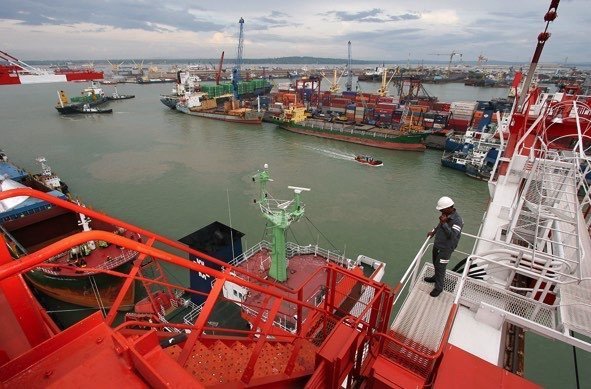 Jakarta: Indonesia’s president Joko Widodo is setting up a taskforce to speed up turnaround times at the nation’s ports. Turnaround times in the archipelago average around eight days, while neighbour Singapore handles a ship typically in under a day.

The president wants to cut turnaround times to three to four days. Since coming to power, Joko has set about revitalising the country’s maritime infrastructure as part of his avowed maritime highway campaign that will see the massive country of more than 12,000 islands better linked up by ships.