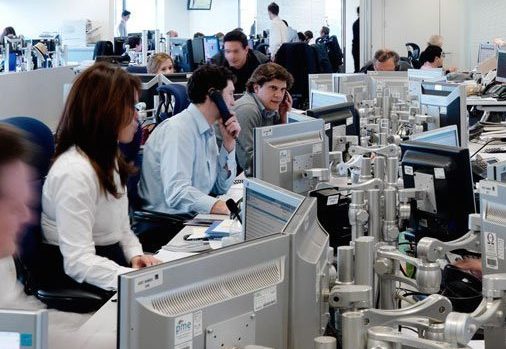 In 2008 fans watched with bated breath as the world’s fastest runners lined up to compete in the 100 m sprint final at the Beijing Olympics. The spectacle of an Olympic final always attracts crowds, but this year millions of pairs of eyes were on an emerging superstar from Jamaica. With the world’s gaze trained upon him, Usain Bolt had a slow start off the blocks, but after 50 metres he was powering his way to the front of the field. By 80 metres, Bolt was so far clear of the pack that he threw his arms out in an emphatic declaration of victory long before he actually crossed the line.

Despite the slow start, and the showboating, Bolt crossed the line in a world record time of 9.69 seconds. Bolt eventually became the first athlete ever to complete the ‘triple triple’, gold medals in the 100m, 200m, and 4x100m, at three consecutive Olympics. He is also the fastest man in history, having set a 100 m world record time of 9.58 seconds in 2009 that remains unbeaten. When it comes to running fast, Usain Bolt is the best man for the job.

When we discuss hiring in the shipping industry, we often talk about encouraging diversity. But ultimately we tend to hire the best person for the job. And why not? If you pursue diversity over excellence in athletics you might lose races, but in business, you could jeopardise your company’s existence. If you are building a high performing team, you will hire the best, whatever their gender, their background, or the colour of their skin. Unfortunately for shipping industry diversity statistics, hiring the best person for the job often means hiring a white male with a particular education and professional background.

When it was founded in 1947, the CIA was built on the principle that it would hire the best of the best. The entry tests for joining the agency include a thorough background and financial check, a polygraph test, medical and psychological reviews, and two major exams to assess a candidate’s intelligence and psychological profile. The acceptance rate for potential CIA recruitment is said to be around 1,500 applicants to every one hire. There is no doubt that those who are lucky enough to make it into the CIA are exceptional people, the best of the best.

All of these exceptional people looked very similar however. Throughout the second half of the 20th century, the vast majority of CIA personnel were white, male, protestant Americans from Ivy League schools. In 1964, the CIA had no black, Jewish, or female professionals and only a small number of Catholic employees. By 1967, there were fewer than 20 African Americans among the 12,000 CIA employees in non-clerical roles. Until 1975, the CIA openly barred the employment of homosexuals.

In 1996, when Osama bin Laden declared war on the United States, he was filmed squatting in a cave, wearing simple cloth beneath his combat fatigues and a beard that trailed down to his chest. To thousands of CIA analysts, he looked so primitive that he would never pose a serious threat to the United States of America. As Richard Holbrooke, a senior official in the Clinton administration, put it: “How can a man in a cave out-communicate the world’s leading communications society?”

Anyone familiar with Islam will know that Osama bin Laden operated from a cave, not because he was primitive, but because Muhammad’s vision of the Koran occurred in a mountain cave. Further, Muhammad sought refuge in a cave after escaping persecution in Mecca. Bin Laden’s clothing, body language, and beard were not a sign of poor intellect, but a sign that he modelled himself on the holiest of Islamic prophets. The very symbology that made Osama bin Laden appear backwards to the CIA, was deeply potent across the Arab world. By the year 2000, as many as 20,000 recruits had passed through Al Qaeda training camps, they were mostly young, university educated men who were willing to die for their faith.

By the summer of 2001, the idea of using passenger aircraft as weapons was well established and intelligence chatter about a major attack on US soil had reached fever pitch. There were reams of intelligence pointing to 9/11 and yet the CIA and other intelligence agencies were completely blindsided when the catastrophic events of that day unfolded.

There was no single point of failure in the intelligence community’s inability to prevent 9/11. No individual piece of intelligence pointed directly to bin Laden’s plot, but collectively it made a bigger picture that could only have been spotted by a diverse team.

In their pursuit of the best individuals, the CIA unintentionally created a collective blindspot that led to tragedy. In a study by researchers at Duke University, groups of professional economists were ranked based on how accurate their economic forecasts were. The best economist was about 5% better at making predictions than the worst. But when the average of the predictions from the top six economists was used, it was a staggering 15% more accurate than the best individual.

The results of the Duke study flies in the face of the argument that hiring the best person for the job makes for the best team. The average speed of the six fastest runners on our hypothetical sprint team will be lower than the speed of the fastest individual runners, yet when we take the average of economic forecasts, the team result is significantly better than any one individual’s. Running a sprint is a straight line problem, there are a fixed number of variables and a clearly defined outcome. The speed of the individual is the most important factor in getting a good result. Economic forecasting is a complex problem, there are more variables than any one mind can process, and the complexity of the task means the intelligence of any one individual does not guarantee success. The input of a diverse group of minds removes the collective blindspots that lead to poor performance.

This is the logical fallacy of ‘the best person for the job’. Though pursuing the best of the best makes perfect sense on the surface, in doing so you are in fact more likely to build a team that falls short when it comes to solving complex or difficult problems.

This logic applies to sport too; sprinting is relatively simple, but more complex games like cricket and rugby require a diversity of players with different skills and specialisms to make up a high performing team.

Operating ships is orders of magnitude more complex than any sport; the rules and clearly defined outcomes that exist in sport do not exist at sea. Like predicting 9/11, spotting the signs of a safety issue before it develops into a major incident requires not just a diversity of thought and experience but the ability to successfully communicate those perspectives in the right way. The same is true of the global markets that the shipping fleet operates in, such is the volatility of the world today that in the last 48 hours, the price of one litre of hand sanitizer has risen above the price of one barrel of oil. The world is complex, and that complexity is only going to grow in the coming years.

At Thetius, we spend our time tracking innovation across maritime. We pull in massive amounts of data on everything from company formations, investments, and M&A activity, to patent registrations, team members, and financial performance. We dedicate our time to understanding what makes innovation work, and one of the standout factors is cognitive diversity.

Cognitive diversity is about differences in how people think. Though race, gender, and religion influence how you think, they are not necessarily the defining factors of cognitive diversity. A white man and a black woman may appear diverse on the surface, but if they went to the same schools and were taught by the same teachers they would probably have developed similar mental models for processing the world they live in. Similarly, two white men may appear to lack diversity, but if one went to university to study the arts and the other did an engineering apprenticeship, they will likely think very differently about how the world works.

Sunday was International Women’s Day, and my LinkedIn feed was full of men in leadership roles thanking their mums for being such an inspiration to them. These are the same men that, when probed, answer that their commitment to diversity means they hire the best person for the job; gender or background doesn’t come into it. That response satisfies many, but it completely misses the point. If these leaders want to build the best performing teams, they should be actively trying to maximise the different perspectives among team members. Despite all of the positive talk about commitment to gender equality in the industry, I am yet to see a single organisation set a target of hiring a 50/50 gender split for entry level roles. While the “best person for the job” argument may hold some water for senior level positions, there is really no reason for separating the suitability of spotty teenagers looking for their first rung on the ladder along gender lines.

There are of course those who complain that hiring a diverse group of people is difficult and that sometimes just getting female applicants through the door is a challenge. They are of course correct, but that does not mean we shouldn’t aspire to be better. A target is an aspiration, it is not a hard quota. Quotas don’t work, they often force people into the wrong jobs, and tie the hands of hiring managers. But targets allow us to take the first steps towards a goal and have honest conversations about the barriers that might prevent us from hitting them.

Many people pursue diversity as a moral cause, because keeping women and minority groups out of an industry is injust. Personally, my interest is not in the morality or altruistic nature of diversity, but in helping our clients to make better decisions. In this instance, there is a happy alignment between the morals of the cause, and the overwhelming evidence that if you want to build a better team you should hire people who think differently from each other.

Ask any leader if they want to build a team that is more innovative and outperforms the average they will say yes. I have no doubt that as the complexity of the environment we operate in continues to grow, those companies that don’t pursue diversity will wither and eventually be consigned to history. For now, the small minority of companies that genuinely do pursue diversity will build an incredible competitive advantage that is very difficult to replicate.