With speculation rising every day that an official announcement will come from Beijing on the merger between Cosco and China Shipping, a senior official at Cosco Shipping told reporters today they’d need to be patient as the complexity of the deal means it is taking time to finalise.

“The company is still working on the potential restructuring plan, however, the deal is very complex and there are still a lot of uncertainties in the deal,” said Han Guomin, vice president of Cosco Shipping, at a briefing session. Cosco Shipping is the heavylift arm of China’s largest maritime conglomerate.

Shares in Cosco and China Shipping have been suspended since mid-August with a five-man team given three months to thrash out integration plans to present to the authorities in Beijing.

Late last week Commissioner William P Doyle of the US Federal Maritime Commission (FMC), while on a tour of China, confirmed that Cosco and China Shipping Container Lines (CSCL) are planning to merge.

At Cosco Shipping, meanwhile, the plan is take on two more 36,000 dwt multipurpose vessels before the end of this year, with another six 36,000 dwt multipurpose vessels, two semi-submersible vessels and one asphalt carrier scheduled for delivery in 2016. Cosco Shipping’s Han said the company will keep optimising the fleet by scrapping old tonnage in 2016.

A merger between Cosco and China Shipping would create the world’s largest owned fleet, some $10bn more than its nearest competitor, according to data from VesselsValue.com. 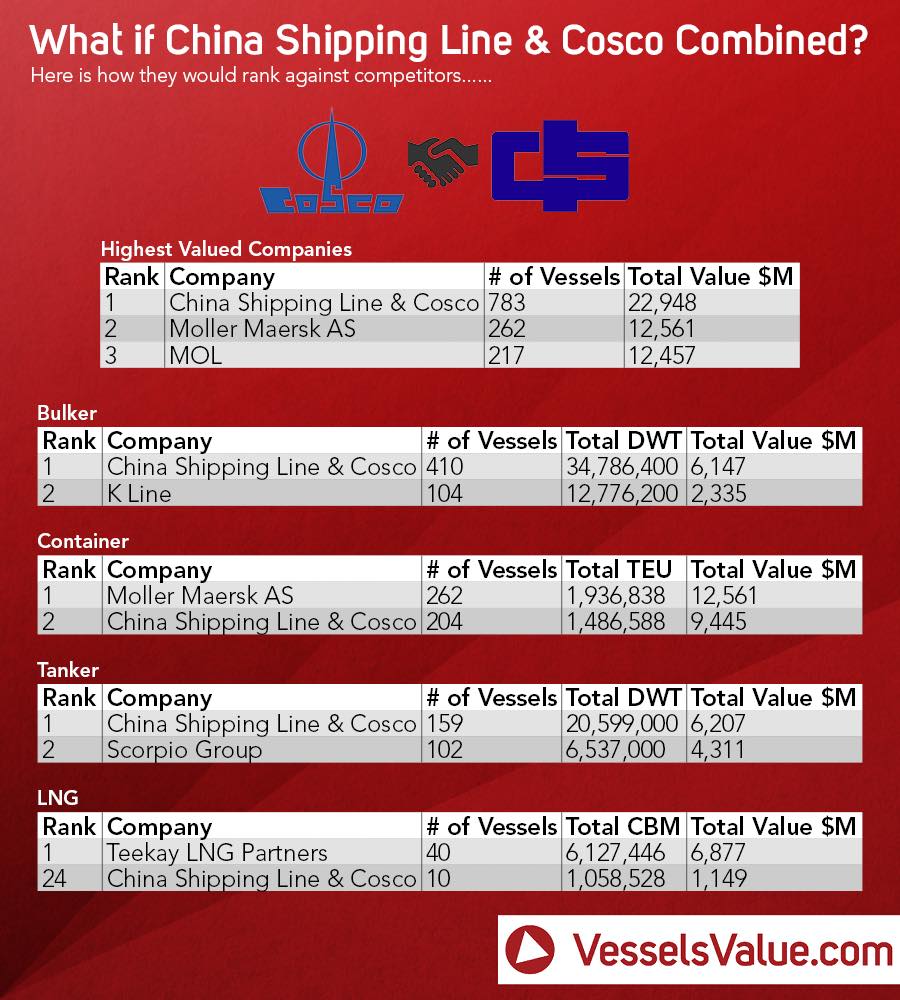 With additional reporting by Jason Jiang