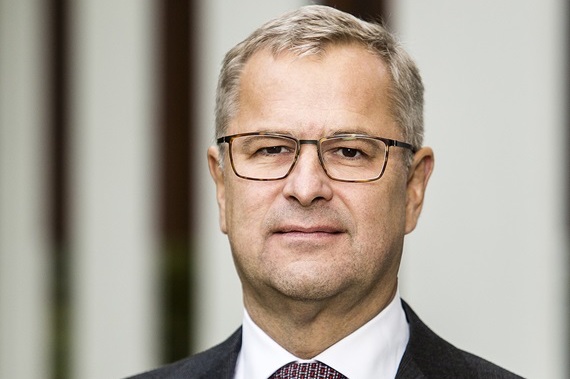 The escalating trade war between the US and China is already impacting volumes on the world’s largest container carrier, with Maersk’s CEO warning today that the spat could shave global box growth by a full percentage point this year.

Maersk had said in February it expected growth in the number of containers being moved around the world to fall to 1-3% this year from just under 4% last year.

“The recent escalation of the trade war induced by an increase in tariff rates and threats of implementing additional tariffs could take global container trade growth to the lower end of the 1-3% interval (range),” Maersk warned today.

The impact of the standoff between Beijing and Washington is already being keenly felt on the transpacific where rates have fallen by 50% since January to stand at $1,315 per feu, according to online platform, Freightos.

Citing the trade war, analysts at Alphaliner this week slashed their global container throughput growth estimate for 2019 from 3.6% to 2.5%.

“Weakening throughput growth in the year’s first quarter, and the expected decline in transpacific volumes as a result of an escalating US – China trade war, have weighed on full-year projections for container volume growth,” Alphaliner stated in its most recent weekly report.

The Ocean Alliance has already announced two void transpacific sailings next month with Alphaliner predicting other carriers will follow suit making for a muted peak season.

Maersk unveiled a $104m loss in the first quarter today. Despite the red ink, the performance was an improvement on the $311m loss it recorded in the same period last year.