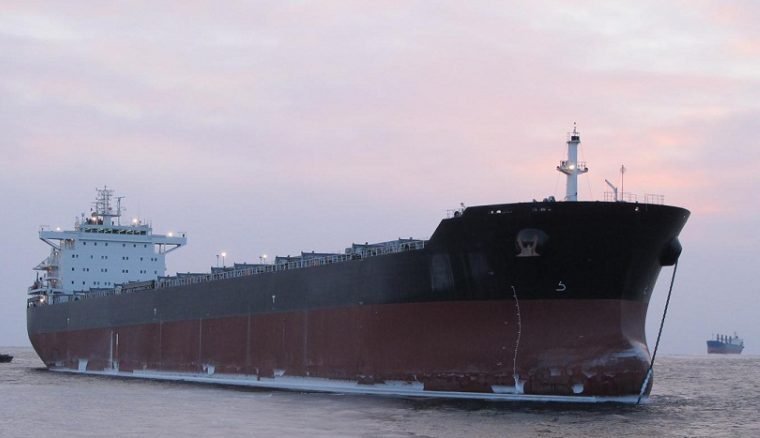 With the industry increasingly comfortable that the worst is over for dry bulk, especially sub-cape size, there has been a rush this week to snap up bargains before prices start to escalate.

The only increases have been in the segments of five-year-old 82,000 dwt panamaxes and 10-year-old handymaxes, where prices have gone up by 2% and 2.2% respectively.

According to Alibra’s weekly report, very little period activity was reported this week for capes as the market remains under pressure, however there is some optimism that the market might finally have hit rock bottom. The panamax market has experienced some pressure stemming from the cape sector and lacks direction while period deals have been limited for the smaller sizes but fixtures reported suggest that rates have firmed slightly.

“On the dry bulk side, another week with a fair amount of activity taking place. Here, the scene in the market seems relatively the same, with current buying focus seemingly centered around the panamax and supramax size segments. With all this being said and given the current trends of the freight market, we will likely continue witnessing a healthy flow in these size segments, with the rest holding in a slumber state until we see some sort of recovery taking place in the freight market and buying appetite starts to shift once more,” Allied Shipbroking said.

Splash reported this week that Hong Kong owner Pacific Basin picked up two ultramxes from Tufton Oceanic for a total price of $34m.

, from Noble Group, which completed a debt restructuring at the end of last year. The vessel, which is currently near completion at Cosco Zhoushan Shipyard, was sold for a price of around $22m.

was sold by Japanese owner Doun Kisen to Greek bulker owner Diligent Holdings for a price of $14m.

. The vessels are believed to have been sold to Greek interests for a total price of $47m.

“On the tankers side, weekly volume of transactions seem to be on a stable path these past couple of weeks, without noticing any aggressive buying spree (nor any steep clampdown) as of late. Here, in its most part, overall activity continues to reflect a robust appetite for smaller size units, while we see some sort of spark of life in the VLCC market,” Allied Shipbroking said.

while Allied Shipbroking identified the buyer as Hong Kong-based Island Navigation, a low-key offshoot of Hong Kong’s Tung family. The Tungs sold containerline OOCL to Cosco, but remain firmly in the shipping business via Island Navigation. The company currently operates a fleet of nine handy tankers.

. Dubai-based Marshal Shipping is said to have acquired the vessel for a price of $8m.

It has been a quiet week in the secondhand containership sale and purchase market. According to Braemar ACM Shipbroking, two 2008-built 1,049 teu sister containerships – Hanse Endurance

– are rumoured to have been sold by German owner Johs Thode to China’s SITC at below $8m each. Last week, Johs Thode also sold its handy bulker Hanse Gate

. The company’s fleet will be left with only one vessel if all the transactions are completed.