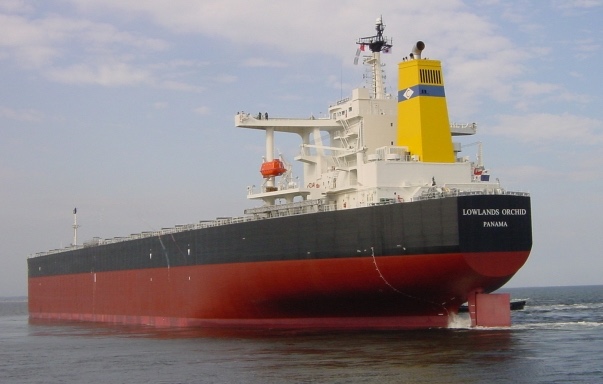 As the sentiment in the dry bulk market continues to strengthen, the investors’ confidence in secondhand tonnage has been greatly boosted in the past few weeks. The Baltic Dry Index surpassed 2,000 points this week, and is now at heights not seen since 2013. London brokers Alibra point out that in the last week we have seen the highest number of sales concluded in the secondhand dry bulk market so far this year with larger sizes dominating sales, while interest across all segments continues to grow.

“On the dry bulk side, a very firm week in terms of volume was due, with the bullish sentiment still holding for the time being. Moreover, it came hardly as a surprise that we witnessed the capesize market coming into action this week, while along with the panamaxes, dominated the overall SnP market these past few days. All-in-all, given the strong signs of recovery from the side earnings, we can expect a very vivid SnP market to hold for the time being,” Allied Shipbroking said.

from Cobelfret. The Japanese-built vessel has fetched a price of $13.2m.

. The Chinese-built vessel was sold by Japanese owner Santoku Senpaku to Greek owner Spring Marine for a price of $12.3m.

. The Japanese-built vessel was sold by Italy’s Augustea Group to Chinese interests for a price of $8.5m.

to Chinese buyers for $15m.

“On the tanker side, we also witnessed a gear up in activity, with plenty of units changing hands the last couple of days. In this sector too, we see the bigger size segments (and mostly vintage assets) move things further at his point. Moreover, given the recent trends of the freight market, it is rather difficult to point if this is due to a the current earnings being seen, or rather an opportunistic attitude, with strong optimism being pinned against the current price levels,” Allied Shipbroking said.

Allied Shipbroking and Intermodal both reported that Monaco-based owner Andromeda has acquired two resale aframax newbuildings Daehan 5037 and Daehan 5038 at South Korea’s Daehan Shipbuilding for a total price of $100m. The two vessels were originally ordered by Cypriot owner ClearOcean Tankers, a joint venture between Oceangold Tankers, Mass Capital and Gunvor Group. Delivery of the vessels are scheduled in 2020.

to undisclosed buyers for a price of $8.3m.

from South Korean owner SM Line for an en bloc price of $100m. All the three vessels have been fixed with five-year time charter with Maersk starting from the second quarter of 2020 at a day rate of $19,000.

from Dutch owner Vroon. The vessel has been renamed Sunway X.