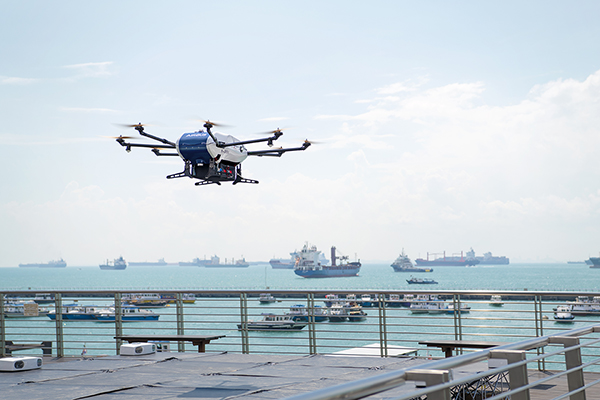 Lifting off from Marina South Pier in Singapore with 3D printed consumables from Wilhelmsen’s onshore 3D printing micro-factory, the Airbus Skyways drone navigated autonomously along pre-determined ‘aerial-corridors’ in its 1.5 km flight to Eastern Working Anchorage. The drone landed on the deck of the Swire Pacific Offshore (SPO)’s Anchor Handling Tug Supply (AHTS) vessel, Pacific Centurion and deposited its 1.5 kg cargo without a hitch before returning to its base. The entire delivery, from take-off towards the vessel, to landing back at base, took just ten minutes.

Though small drone delivery trials from tugboat to ship have been conducted before by a number of shipping companies and service providers, shore-to-ship delivery of this range and scope has never been explored, prior to this trial.

Commenting on the successful first delivery flight, Marius Johansen, VP commercial, Wilhelmsen Ships Agency said, “The now proven, seamless operation of drone deliveries from shore-to-ship, in one of the world’s busiest ports, proves the hard work, investment and faith we, and indeed our partners, placed in the Agency by Air drone delivery project over the past two years was not misplaced.”

“Offering a more cost effective, quicker and safer means of delivering, small, time-critical items to vessels, Wilhelmsen sees delivery by drone, rather than launch boat, as part and parcel of their continued evolution of the agency business,” the Scandinavian company stated in a release today suggesting drones could cut delivery costs by up to 90%. 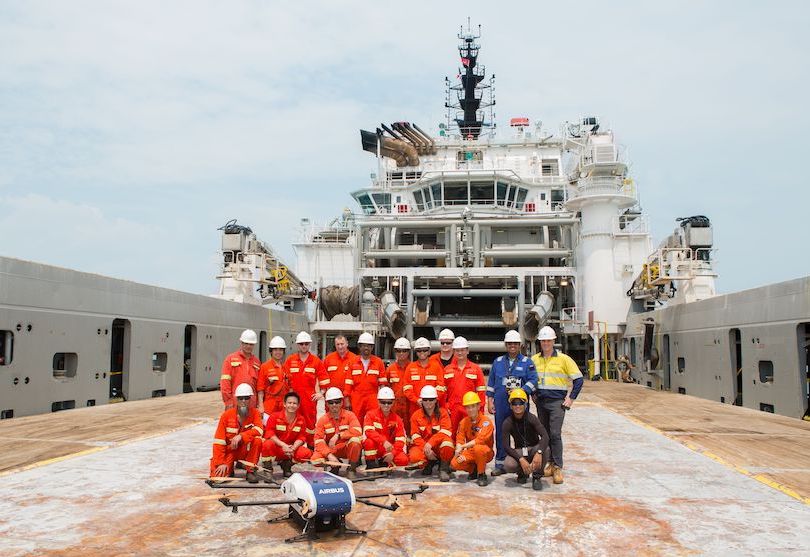