Alibaba is taking the transpacific trades by storm, fixing ships fast to move its own boxes while also shifting more and more containers with Israeli partner carrier ZIM. However, the growing shift into ocean logistics has not been all plain sailing for China’s largest e-commerce player.

Singapore-based Transfar Shipping is one of the transpacific’s newest entrants, having shelled out huge sums to charter in ships of up to 3,091 teu in size. Transfar is owned by Chinese 3PL Worldwide Logistics, a company which Cainiao, Alibaba’s logistics arm, bought a 10.33% stake 13 months ago.

“Transfar has chartered seven ships so far on short term charters and all of them are currently running on the transpacific route,” said Hua Joo Tan, who heads up Singapore-based Liner Research Services, while confirming the Alibaba investment into Worldwide Logistics.

Steve Ferreira, CEO of New York-based shipper advisory Ocean Audit, also pointed out that Alibaba’s increasingly close relationship with ZIM is beginning to take off, with the pair moving around 500 containers in the space of a month on the Asia – US trades.

“I think it’s safe to say that Alibaba is on a path to moving into the Amazon Logistics FBA styled approach through the concerted usage of charters. It’s clear that Alibaba has moved away from low value packages carriage and is now fulfilling full container load orders to SME businesses, or offering SME businesses a private fulfilment network in the USA,” Ferreira told Splash.

Alibaba’s American counterpart, Amazon, has rapidly but quietly reshaped tradeflows on the transpacific, becoming a discreet top 10 non-vessel-operating common carrier (NVOCC) over the past 18 months.

ZIM and Alibaba have an agreement enabling Alibaba sellers and buyers to book and purchase ZIM sea freight.

Not all Alibaba’s shipments have gone to plan however. For instance, the A Kinka 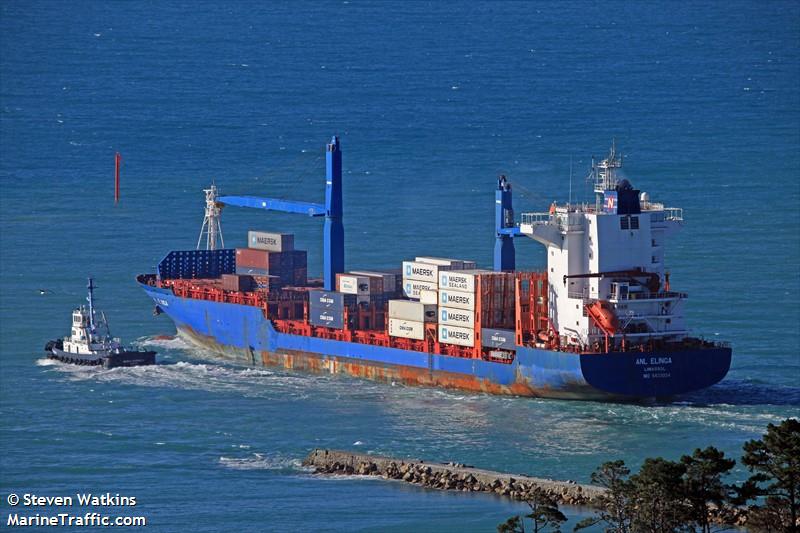 , a 1,740 teu ship, leased by Worldwide Logistics was forced to return to Shanghai one day into a transpacific voyage back in August following a collision (see image below).