Today sees the launch of the latest issue of Maritime CEO magazine, the title aimed at shipping’s top echelon.

Featured on the cover for the first time in the magazine’s history is someone who is not a shipowner. Dr Lynn Simpson is the Australian vet who has done more than anyone in history to shine a light on what happens in the livestock trades – she has been delivering a brutal reality of what happens when animals move from Australia to other parts of the world, something that has shocked many. In our lead article she discusses how she entered this niche sector, the things she has seen, and how to improve the sector.

“I loved shipping for it’s sheer scale and adventure,” Simpson tells Maritime CEO. “Tragically I was quickly seeing the live export trades’ similarities to the historical human slave trade. In the 19th century, empires were built on the backs of slaves, kidnapped and sold from their home countries. High mortality rates on voyages, and poor treatment in destination countries once on sold. Replace human slaves with live animals in your mind’s eye and, well, it’s the same scenario.”

On the future of this trade, Simpson predicts: “I personally think that public pressure for increased welfare will mean live export of mass numbers of livestock from first world countries will meet an end in the not too distant future. The meat trade will increase and countries will get their protein requirements. Some trade may move to countries that work at more challenging standards and the delivered product may be questionable.”

Elsewhere in the magazine, the views of more than 15 shipowners are canvassed while our Executive Debate this time around looks at whether shipping cycles have changed forever.

The magazine will be distributed at SMM in Hamburg, Danish Maritime Days in Copenhagen, and many other events too, including a series of shows in Hong Kong. 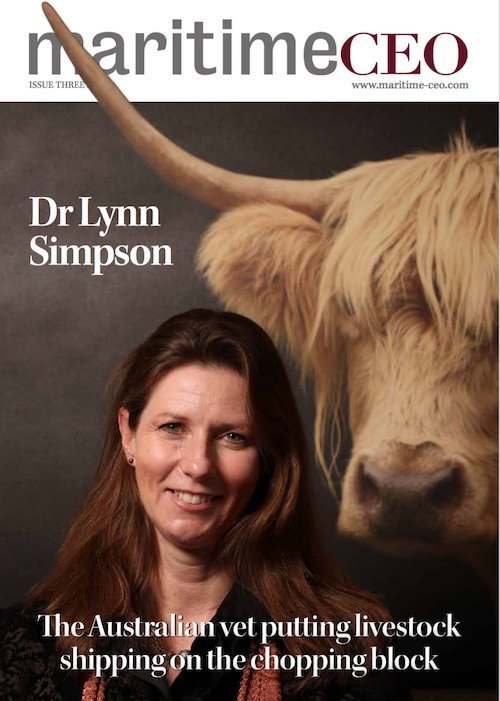