This is the story of a professional life that could have been better lived.

I am asked often about my career successes. What is your secret? How did you achieve this? Who helped you? Which specific steps led you to becoming a CEO?

Few people ask about my failures. (I think this is because people are basically nice and don’t want to make you feel bad, if they can avoid it) Recently, however, one of my nieces asked me this question:

“What are the five biggest mistakes you made in your career, and how did you fix them?”

This sent me on a journey into the past. It wasn’t a pleasant journey. Soon, I had identified several mistakes that I had made, regretted, and (thankfully!) eventually forgotten. But I had promised my niece an answer, so I persevered, ranking the failures and shortfalls and embarrassments, and choosing my five biggest mistakes to share with her and you.

One – I did not have a plan

I did not know anything about needing a purpose or a vision. I was confident that, armed with my degree and my ‘intelligence’ and my ability and my willingness to work hard, I would succeed beyond my wildest dreams.

Because I did not have a clear vision, I took many short-term decisions based on silly reasons.

“Working in a financial institution means that I will become rich quickly!”

I made a series of career choice mistakes, each one setting me back and holding me back.

Only when I was nearly 34 years old did someone (my boss at that time – I will introduce you to him soon!) explain to me the criticality of planning and working the plan. Once this happened, and I established my purpose and where I wanted to go, my career took off like a shot, but in the interim, I had meandered and squandered almost 12 years of my life in sub-optimal choices.

Two – I was arrogant

It is so easy to be arrogant when one is young. I thought I knew everything. I thought I was invulnerable. I thought every achievement was due to my efforts alone. Because of this, I did not seek mentors or guides. I did not (for quite a bit of time in my late twenties) invest in improving myself (after all, I was perfect!). I did not put effort into learning from the people around me. I rejected good advice too many times. I made hasty decisions without consulting others, all of which turned out to be wrong.

This left me isolated, stagnant and weakened. Much of the potential that I had was being frittered away.

How did I fix this? I was very fortunate in my bosses, especially two, both of whom overlooked my arrogance and invested time and effort in me. They never gave up on me. I got married, and most of us know that there is no better path to humility than seeing oneself through the eyes of one’s spouse. I became a father and learnt how to pray. But the long-term fix was that I steadily got older, and with every new experience and every new connect, understood how little I knew and how much I needed to learn. By the time I was in my mid thirties, I had realised my folly and had started to change.

Three – I focussed on outcomes, not inputs

I was a typical man.

Everything was about results and outcomes. I loved grabbing the fruit without appreciating the many years of experience and countless hours of back-breaking work it took to plan, nurture and grow the tree. I ignored efforts and dedication, in others and myself. I kept repeating Jerry McGuire’s mantra, “Show me the money!”

For many years, I allowed the tail to wag the dog. This caused me untold grief. My emotions would swing wildly, soaring when I won, cratering when I lost. I held others to unreasonable standards. I refused to respect the tremendous amount of work people put in, if it did not yield a ‘win’. I was constantly stressed out, pushing myself harder and harder, with no end in sight.

Mentoring by my bosses fixed this for me partially. Also, as my responsibilities and scope of control grew, I began to appreciate what philosophers had been saying for centuries – one can control one’s actions, but have little sway over the outcomes. I also realised, from my understanding of purpose and planning, that if a task is properly planned, resourced and executed, the outcome is predictable. And so, gradually my mindset changed to enjoying the journey rather than just anticipating the destination.

Four – I did not build networks early

It led me to believe that I did not need others. So, I disdained networks. When I was advised to build a network, I shrugged it off. “Why do I need to?” I sneered, “I can do this on my own!”

Adding to this was the fact that I was a closet introvert. My natural inclination was to curl up with a book rather then attend an industry get-together. Books are great, but they don’t connect you to people.

Over time, I started seeing how, even though I worked really hard and did everything right, my progress was slow and sporadic. Why? Because, in every undertaking, I had to build my credibility from scratch. If you did not know me, how would you trust what I had to say or offer?

This shortfall, too, was fixed by time and experience. As I gradually climbed the rungs of the corporate ladder, I began recognising how important it was to know, understand, like and trust. I realised that deals were struck between people, not companies. I began appreciating how much I learnt from every interaction, from every meeting, from every acquaintance.

In time, the friends I have made through my career have become the most valuable reward of my professional life. Without their support, help, guidance and encouragement, I would not have achieved a quarter of what I have.

Five – I focussed on task, not people

You will not be surprised (from reading about the above shortfalls) that I was totally task-oriented. Once I knew the WHY, I would focus on the WHAT. Sadly, I spent very little time on the HOW and the WHO.

As a young man seeking to make his mark, I was in a hurry to get things done. To achieve. To shine. In my immaturity, this meant, “at all costs.” And usually, the costs were borne by the people who worked with and for me.

I would push my team (and myself) to surpass expectations every time. I held them and myself to unreasonably high standards. I criticised more than I praised, ran ahead instead of running alongside.

While I have been very lucky that most of the people who I worked with have overlooked my faults and are my close friends today, the fact is that I must have caused them enormous stress and discomfort. This is something that I still remember and regret every day.

So there they are. My five biggest mistakes. Which I hope you never make. 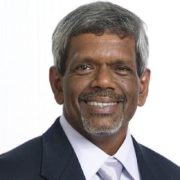