CMA CGM has ships heading via the Cape of Good Hope in both directions from and to Asia and Europe, giving the Suez Canal a miss, Spash can exclusively reveal.

The 16,020 teu CMA CGM Alexander Humboldt is making its way down the west coast of Africa having departed Algericas in Spain for Port Klang in Malaysia on the FAL-1 service bypassing the Suez Canal. Meanwhile, the 15,000 teu CMA CGM Chile 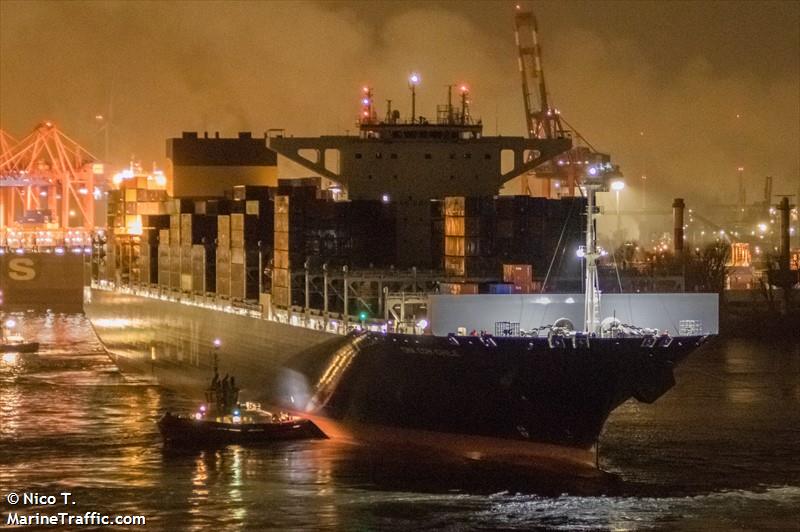 is in the Indian Ocean en route to Le Havre, also via the Cape of Good Hope, marking the first westbound ship to make this route to Europe for many years (see MarineTraffic map below).

Writing on LinkedIn, container shipping expert Lars Jensen noted that the route chosen by CMA CGM is more than 3,000 nautical miles longer than via the three-week Suez Canal route and the speed for the new journey has been increased by more than two knots despite the added five days to the schedule equating to an approximate $200,000 higher fuel bill for each ship. However, Suez Canal tolls are in the region of $400,000 to $500,000 per transit.

The canal already has a 45-65% discount scheme for US east coast vessels to prevent re-routing. A few days ago the Suez Canal Authority announced a 6% discount for European vessels, something it might have to revisit if other liners follow CMA CGM’s lead.

“As is evident with the CMA vessel that is not sufficient to prevent round-Africa routings,” Jensen suggested on LinkedIn.

Jensen said that the longer journeys are unlikely to be sustainable over time as they require low oil prices, available excess capacity, low canal discounts plus a willingness to accept longer transit times.

“This is purely a trade-off in terms of what is cheapest: Canal tolls versus fuel and the added vessel time,” Jensen wrote.

The Cape routing is not unprecedented. When oil prices dropped to very low levels in late 2015, early 2016 many vessels from the US east coast to Asia did the same until the Suez Canal made a large discount.

Jan Peder Myklebost, head of shipping for Norse Hydro, one of the world’s largest aluminium companies, also writing on LinkedIn yesterday, highlighted the convergent objectives that had led CMA CGM and other lines to mull using the Cape route instead of the traditional Suez Canal voyage.

Myklebost listed cost efficiency, absorbing ship days and delaying delivery of cargoes as the three top reasons for liners to make the changes on the Asia – Europe tradelane. A majority of cargo would be taking up storage space if it arrives within its normal schedule to its likely coronavirus locked down destination.

Splash understands other liners are looking at following CMA CGM’s lead with residents around Cape Town expected to see a surge of large boxships in transit. 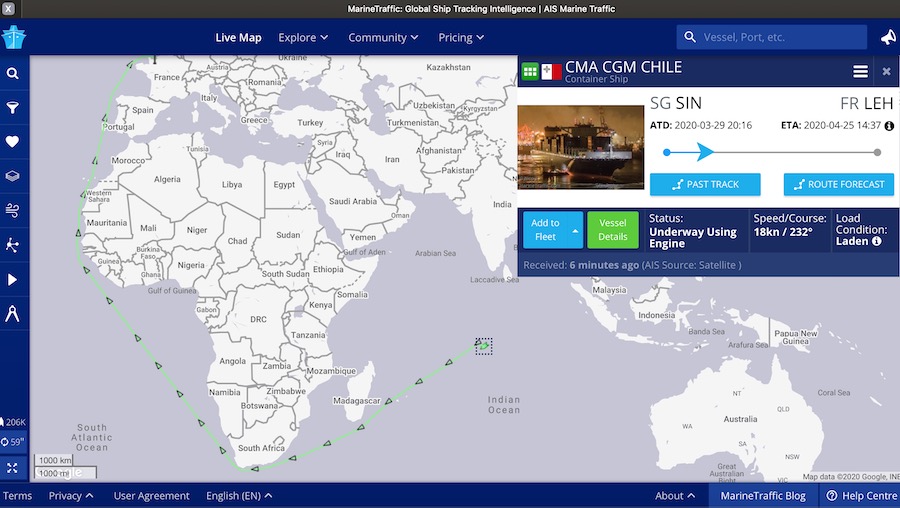