Today sees the launch of a special IMO 2020 compliance guide published by sister title Maritime CEO in association with Cockett Marine Oil. With nine months until the sulphur cap the magazine dives deep into the pertinent issues shipowners face in the coming months.

Cockett Group’s CEO Cem Saral, interviewed for the new magazine, has been busy visiting clients and vendors all over the world over the past 18 months, collaborating with them on what they need to know and do as the global sulphur cap approaches. Saral is ideally placed to provide advice. An oil trader for the last 23 years, the Turkish national moved from Vitol in 2015 to head up Cockett the following year. Vitol came in for a 50% stake in the marine oil specialist in late 2012. As a reseller, Saral is not swayed one way of the other like many of the majors in the market ahead of the cap, whether it’s on scrubbers or fuel availability – he is, as he says, “agnostic” to the ongoing scrubbers debate and is here to help.

How IMO 2020 goes will in no small part be dictated by how well crew are prepared for the new fuel and lubes hitting the markets, Saral argues in an interview at his Dubai office with Maritime CEO.

“As a reseller we are very worried about a high potential of claims surrounding 0.5% fuel qualities that are actually onboard handling issues,” Saral says. “End-users will likely be quick to blame fuel quality rather than onboard handling.” As such it’s a marine equivalent of the old adage that a bad workman blames his tools.

Historically marine fuel purchase behaviour and lube purchases have been handled separately, thanks to charter arrangements, with different people involved. However, this is now changing as shipowners realise the operational complexity of the fuel and lube choices ahead of them.

“We’ve been expecting a convergence of marine fuel and lube buying thanks to regulations,” Saral says, adding: “There will be huge differences in quality, viscosity and density for 0.5% fuel which will require all different types of cylinder oil. This will need segregation onboard, something that is new to most shipowners.”

Saral is predicting what he describes as “controlled chaos” starting to manifest across the global merchant fleet from mid- to late October this year with full reliance on compliant fuel needing to kick in at least globally 60 to 90 days prior to the January 1, 2020 start of the sulphur cap.

Gone will be the days where a simple, single email could fix all your fuel and lube needs for a ship at its next port of call. Saral reckons it will take an enormous amount of back and forth communication between buyers and suppliers for each and every transaction, something likely to last until at least next June as world shipping has to get used to the new fuel types and availability.

“Owners will be demanding detailed fuel quality information over price,” Saral says. “We are saying you need to look at the value of the oil, not the cheapest price as they are not the same. The focus on commercial decisions should be about energy content, not unit price by weight alone.”

Recent comments from various players including some oil majors saying niche ports will not have compliant fuels adds to market fears and does not necessarily reflect a true picture, Saral claims as there will be marine gasoil available in places where 0.5% fuel is not to be found.

To read the full interview with the oil trading veteran including his views on scrubbers Splash readers can access the full magazine below.

Also in this special issue there are in depth features on the likely price spread of fuels, the take-up of LNG as a marine fuel, a look at other alternative fuels, concept ship designs to decarbonise shipping plus a special survey on fuel choices with the views of 100 owners and managers from 30 different countries.

To read the full magazine for free, click here. 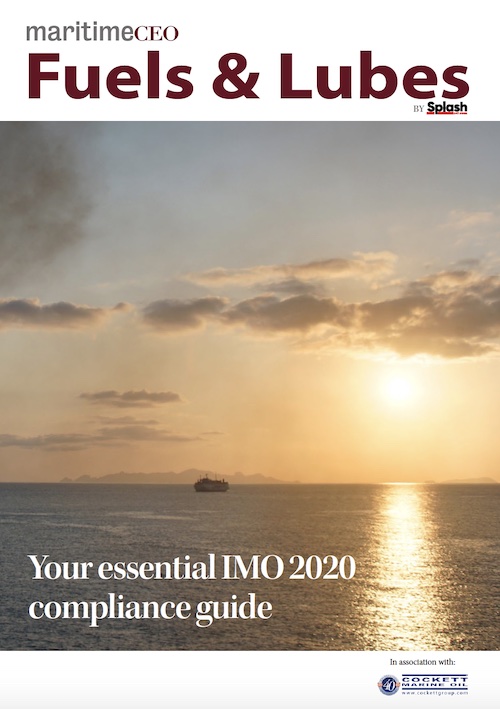