Shipping just about any type of fuel this week has proven hugely expensive with rates for all tanker types soaring to levels not seen since before Lehman Brothers collapsed 11 years ago and VLCCs now entering record territory.

On the back of Washington’s sanctions against Chinese tankers owned by Cosco and Kunlun, ongoing scrubber retrofits and oil majors including ExxonMobil and Unipec distancing themselves from any ships with links to Venezuela tonnage is tight and charterers anxious. Latest spot rates show VLCCs being taken on subs for more than $30o,000 a day, with suezmaxes from West Africa to the US Gulf now above $120,000 a day and aframaxes trading at around $66,000 a day. LR and MR product tankers have seen solid upticks in earnings too this week.

The panicked rush to fix tonnage has meant charterers have not been fussy, taking anything that’s available regardless of age. A standout fixture was for the 2005-built Great Lady , taken on subs yesterday by Bharat Oman Refineries, for a trip from the Arabian Gulf to the Indian west coast at a rate of $326,753 per day (see image below). The VLCC is owned by Greece’s Eastern Mediterranean, belonging to Thanassis Martinos.

Chinese government officials have been meeting their American counterparts yesterday and today to try and smooth out the trade war. High up on the agenda for Beijing is getting the Trump administration to lift the sanctions on Cosco’s Dalian tanker unit.

It is not just the movement of oil that has seen dramatic rates increases in recent days. Rates for LNG carriers are up around 60% this week, more than doubling month-on-month due to lack of available tonnage in both basins, and congestion on discharge.

Rates for VLGCs hauling LPG, meanwhile, are at four-year highs, notching daily figures in the region of $75,000. 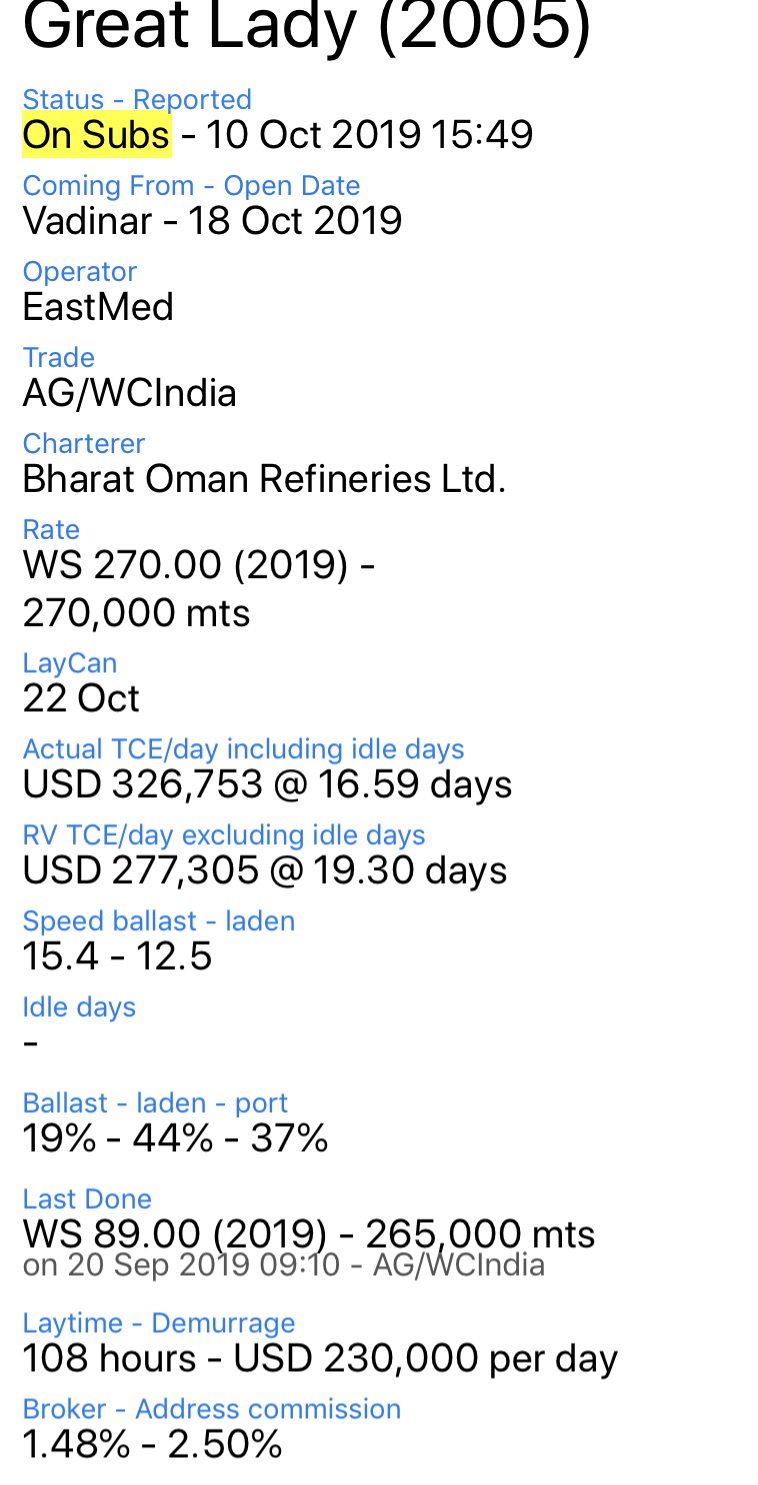