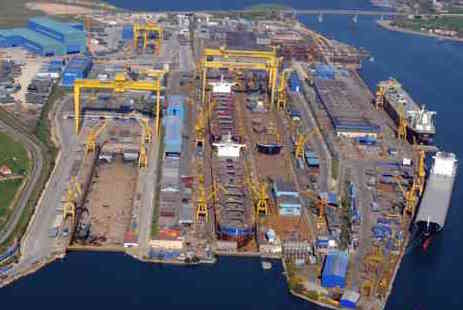 Damen Shipyards Group is buying a controlling stake in Romania’s largest shipyard, bringing some relief to both Bucharest and under fire Daewoo Shipbuilding & Marine Engineering (DSME). DSME, rocked by an accounting scandal and a depleted orderbook, has been hiving off overseas assets for the last 18 months but had struggled to find a buyer for its Romanian yard, Daewoo Mangalia Heavy Industries (DMHI), which was fast running out of orders to work on.

DSME’s shipyard in Mangalia was established in 1997 as a joint venture between Daewoo and 2 Mai Mangalia Shipyard with DSME as majority shareholder.

Damen has entered into a share purchase agreement with DSME for the acquisition of its majority share in Mangalia, located on the Black Sea coast. No price has been revealed. The yard is spread over an area of 980,000 sq m, has three drydocks with a total length of 982 metres and 1.6 km of berthing space, making it one of the largest shipyards left in Europe.

Damen already owns a shipyard in Romania, in Galati on the banks of the River Danube.