Euronav, one of the world’s largest tanker operators, has hit out at the “lethargic” reaction by many governments around the world, failing to fix the growing humanitarian crisis of stranded seafarers at sea.

“The clearance for crew changes depends on the complex multiregional regulations of many countries. Despite the clear 12-step protocol for safe crew changes commissioned by the International Marine Organization (IMO) last month, many countries are lethargic when it comes to the implementation. This leads to thousands of sea farers locked up onboard, with poor outlooks on their release. Life onboard has turned into an exhausting and often dangerous setting,” Euronav stated in a release.

Euronav has called upon all politicians and decision-makers worldwide to treat seafarers as essential workers enabling rapid crew changes.

Euronav has just managed to get four crew off its suezmax, Statia 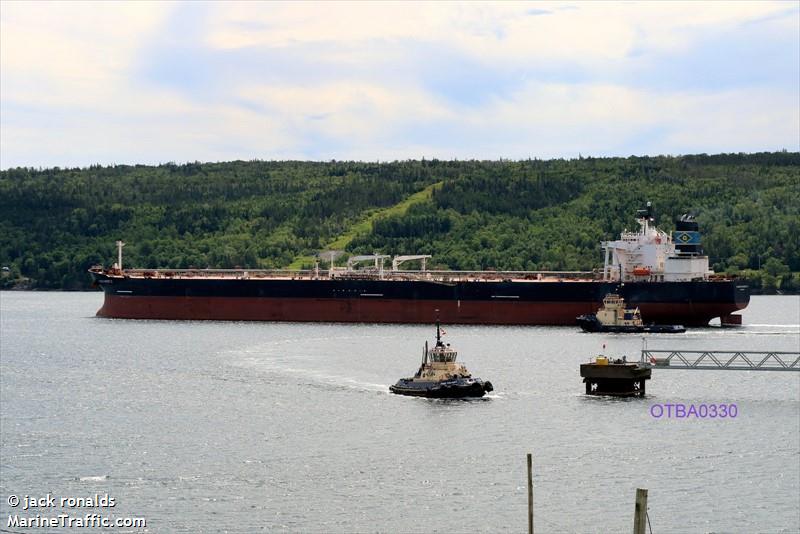 , which called at the French island of La Reunion this week, a rare location to have opened up for crew changes recently.

Splash has reported this week on how Hong Kong and Canada have opened up travel restrictions, making crew changes far easier, but there remains a lack of global cohesion on the matter despite repeated pleas from various United Nations bodies and a looming mid-June deadline from unions to fix the issue before world trade becomes endangered.

The issue also affects men and women unable to board ships. A recent survey conducted by maritime charity Stella Maris shows that 69% of 363 seafarers who responded to the questionnaire said that Covid-19 has greatly impacted them financially, with putting food on the table, paying household bills and loans and ensuring job security among the top concerns faced by seafarers.

The interviewees, most of which are from the Philippines, also said the pandemic has had a significant impact on their emotional, mental, physical and psychological wellbeing.

The majority of seafarers said the most urgent need for them in the next six months to a year would be securing a new contract and to go back to work.

“Being on the frontline in ports, our chaplains and volunteers realised straightaway the very real and immediate impact the pandemic is having upon seafarers and fishers with no source of income and stranded in foreign nations or even in their own country,” said Bruno Ciceri, global coordinator of Stella Maris.

Meanwhile, in the UK, five international offshore associations have banded together to urge Boris Johnson’s government to exempt all offshore energy sector workers from the 14-day quarantine restrictions introduced on June 8. Offshore workers ought to be deemed key workers as per IMO guidelines, the offshore associations insist.

“Despite assurances that international offshore energy sector workers would be exempt from the quarantine restrictions, which the UK Government introduced on 8 June, these workers have not yet been included in the list of exemptions. These workers perform a wide variety of specialised roles which are all critical to the daily activities required to maintain global energy supplies, such as windfarm engineers and offshore survey specialists,” a release stated yesterday.

“Crew change remains the number one challenge facing the maritime industry during this crisis and it is essential we find a solution. The situation is quickly reaching breaking point with seafarers either unable to get home to support their families at an extremely difficult and stressful time or unable to get onto ships and begin working,” Allan Falkenberg, group managing director for crew management at V.Group, one of the world’s largest ship managers, said today. V.Group has managed to repatriate more than 7,000 stranded seafarers since the coronavirus was declared a pandemic in the middle of March, a higher figure than most shipping companies.

The crew repatriation issue has been making headlines in the mainstream press in recent days and was the topic of a half-hour documentary on the BBC World Service radio station yesterday, accessible here.