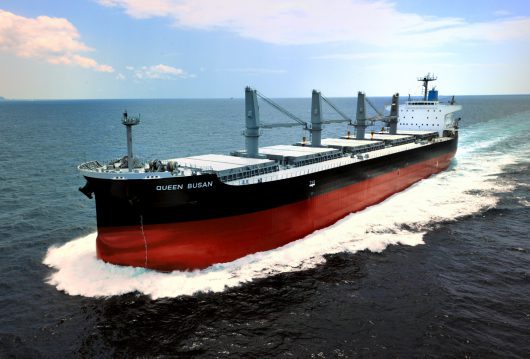 Handysize bulkers, a very popular S&P item over the past 18 months, are Splash readers’ top pick still in terms of vessels to flip. In an ongoing survey called MarPoll carried on this site Splash readers were presented with four different ship types with promising fundamentals – handysizes, chemical tankers, sub 3,000 teu boxships and LPG carriers – and asked which made the best asset play proposition this year. With four weeks of voting still to go, handysize bulkers are in a firm lead with 43% of the more than 300 votes to date. Small boxships are in second place.

“Bulkers are easy to flip. You need to know what you are doing with the others and this makes the market for them less liquid,” one voter suggested.

Commenting on the vote so far, Court Smith an analyst at online pricing portal VesselsValue, said: “Smaller dry bulk ships have been seeing better market returns this year, continuing a trendline upwards that began in early 2016. The sustained improvement in spot market returns has even outperformed the capesize markets at times, reminding market participants that ships which are the right size are sometimes needed as opposed to the largest ships on the water.”

VesselsValue data shows that interest in handysize acquisitions actually peaked towards the end of last year.

“My guess is that’s when the bargain hunters got the best deals and activity has slowed as owners are now probably asking for higher numbers, slowing the deal flow,” Smith said.

MarPoll, our quarterly survey, takes just two minutes to fill in and there is no registration. Other topics under the spotlight this time include ship finance, the Northern Sea Route, LNG as a ship fuel and the changing skillsets of tomorrow’s seafarers. To vote, click here.