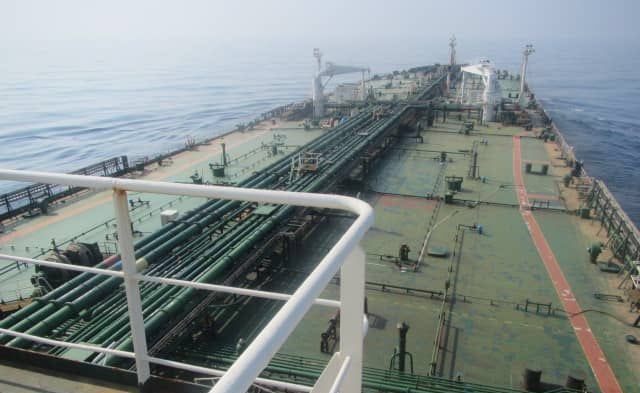 , an Iranian suezmax attacked on Friday morning in the Red Sea off Jeddah, has left a trail of oil as it sailed more than 500 miles over the weekend towards Eritrea before turning around and is now likely headed back to Iran where it will require significant repairs.

Iranian authorities are saying the ship was attacked by two missiles and images of the stricken ship show two sizeable holes in the starboard fore of the tanker’s hull. No crew were injured in the attacks, the latest in a series of tanker incidents in the Middle East over the past six months that have raised ship insurance costs dramatically.

“Piracy and mischief on international waterways aimed at making commercial shipping insecure will not go unanswered,” said Ali Shamkhani, the secretary of the Supreme National Security Council of Iran, over the weekend.