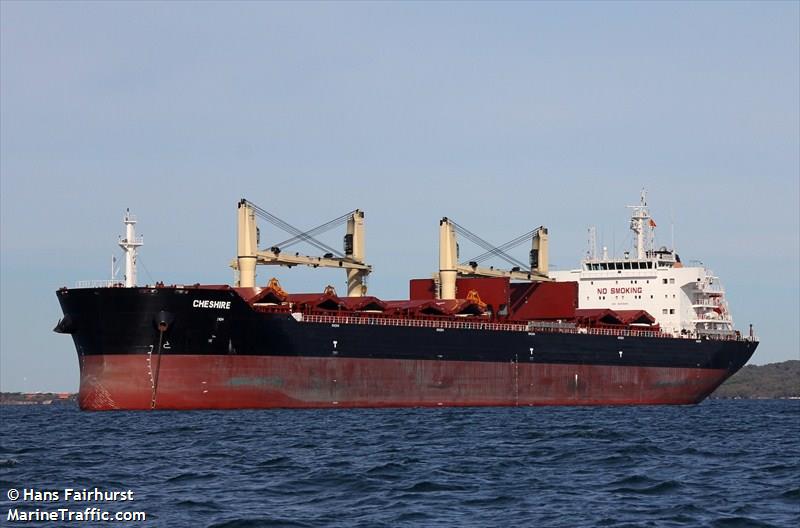 , a high profile disaster from last year, adding further pressure to change the way fertilizer is shipped around the world.

In August 2017, the 2012 built supramax bulk carrier Cheshire, en route from Norway to Thailand, fully loaded with cargo declared by the shipper as being ‘Ammonium Nitrate Based Fertilizer (Non-hazardous)’ and not liable to self-sustaining decomposition, suffered cargo decomposition that led to rising temperatures in the cargo holds and the generation of toxic gases. The decomposition progressed throughout the length of the vessel to such an extent that, after several days, the vessel’s master took the decision to evacuate the crew. The vessel was then left to drift under the supervision of the Spanish authorities until being salvaged, but in the end, due to extensive damage, the vessel was declared a constructive total loss.

The report from the Isle of Man makes some important recommendations including: amending the misleading cargo name from ‘Ammonium Nitrate Based Fertilizer (non-hazardous)’ to ‘Ammonium Nitrate Based Fertilizer (not otherwise classified)’, the fertilizer manufacturers to provide further information on the behaviour and carriage of this cargo, and consideration of whether the current IMO-stipulated test for assessment of self-sustaining decomposition properties of an ammonium nitrate based fertilizer is adequate.

Ammonium Nitrate Based Fertilizer (non-hazardous) is currently designated in the IMSBC Code as a group C cargo. These are cargoes that that do not liquefy (group A) nor possess chemical hazards (group B). Intercargo stated in a release yesterday that it is clear from this incident that this cargo, or at least some of the ammonium nitrate based fertilizers shipped as this cargo, should not be treated as group C.

“It is Intercargo’s hope that future work at the IMO will lead to the correct designation and description of this cargo within the IMSBC Code, thus furthering the safer carriage of cargoes and safer voyages,” the London-headquartered association stated.

Other recommendations in the Isle of Man report include: the provision of specialist equipment onboard the vessel, monitoring of the cargo atmosphere by the crew, and the development of cargo and ship specific procedures related to the carriage of this cargo. It is Intercargo’s strong opinion that these additional precautions, which are being called upon to be the responsibility of the vessel, ought to be unnecessary if the cargo is group C.

“The IMSBC Code, which is mandatory under SOLAS, stipulates that the shipper should provide the vessel with all the appropriate information that enables a cargo to be carried safely. It is Intercargo’s belief that accurate cargo information, provided by the shipper, is the cornerstone for the safe carriage of bulk cargoes,” the dry bulk association concluded.