Container shipping has been warned in a new report it could face another Hanjin Shipping style collapse with one key liner bankruptcy indicator on red alert. The potential for liner bankruptcy potential is at its strongest in the 10 years that US consultants AlixPartners have been tracking this specific data set.

The collective Altman Z score of the 14 container shipping companies that publish their financials deteriorated markedly in the 12 months ending September 30, 2019, falling to 1.16 from 1.35 in all of 2018 and thereby signifying a rising probability of bankruptcy.

The Z score formula for predicting bankruptcy was first published in 1968 by Edward Altman, who was, at the time, an assistant professor of finance at New York University. The formula can be used to predict the probability that a firm will go into bankruptcy within two years.

“Reductions in asset turnover and market equity versus debt ratios drove the Z score down versus the previous year. The score—the lowest in the 10 years we have tracked the number—is a worrisome indicator for both carriers and shippers, whose memories of Hanjin Shipping’s 2016 collapse are still fresh,” AlixPartners stated in its 2020 liner outlook report, published yesterday.

The collapse of South Korea’s Hanjin Shipping was the largest bankruptcy in liner history, sparking supply chain chaos around the world.

“As that stubbornly low Altman Z score would suggest, the industry’s total debt grew by $21 billion in the 12 months ending September 30, 2019,” AlixPartners warned.

A full $15bn of the increase, however, is attributable to two large carriers that increased the debt on their books by a total of $13bn to comply with a new accounting rule—International Financial Reporting Standards (IFRS) 16, which governs the treatment of leases. In other words, most of the increase in debt is accounting driven and not reflective of any change in the operating environment.

“IMO 2020 was already going to make this a year of huge disruption for the entire maritime industry,” said Marc Iampieri, a managing director in the transportation and infrastructure practice at AlixPartners. “Throw in the coronavirus, the recent deterioration of some key financial measures and whatever other unforeseen disruptions lie ahead, and it’s clear that preparing for the worst may be the best way to avoid the worst.” 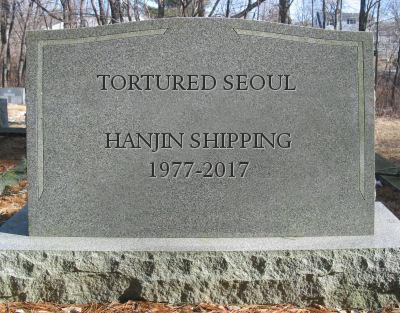