Quite frankly, sheep give me the shits!

“More information on sheep ships please Dr Simpson!”. It appears readers think I’m specist (I made that word up).

It’s nothing personal, I simply relate sheep to large-scale unnecessary suffering and death; thousands of those deaths by my own hands.

I’ve dealt with more sheep deaths on live export ships than any other species in my life as a Veterinarian.

I hate seeing them, smelling them, looking in their vulnerable eyes and I hate the fact they are often treated as disposable due to their relatively low financial value compared to cattle. I hate that they don’t fight back and as such get abused by uncaring workers.

One of the biggest killers of sheep on Live Export Ships is something called “Salmonella- inanition Complex”.

In ‘English’ it means sheep can be poorly prepared for transport by sea, they do not recognize shipboard pellets as food, they begin to starve and stress and succumb to disease. Usually salmonella.

Salmonella is in all our guts, but when our eating patterns are disturbed the numbers can increase and make us sick with diarrhea.

The risk begins on the farm if lambs are not taught to eat ‘novel’ food, pretty much anything that is not grass. They get into an export feedlot and get offered pellets, the same as used on ships. If they don’t consider these strange looking things food they start to starve and lose weight. They stress, develop diarrhea and begin to dehydrate from fluid loss. This stress is exacerbated by heavy weather and ship movement.

If they don’t begin to eat the pellets they soon weaken from starvation and collapse or die. Usually found collapsed and are euthanised by the shipboard vet. There is often dramatic loss of body mass, shit covered back legs and a pool of  gravy-like shit behind their back end. Sometimes the pool is of such a bright green colour it seems unnatural, but it is. 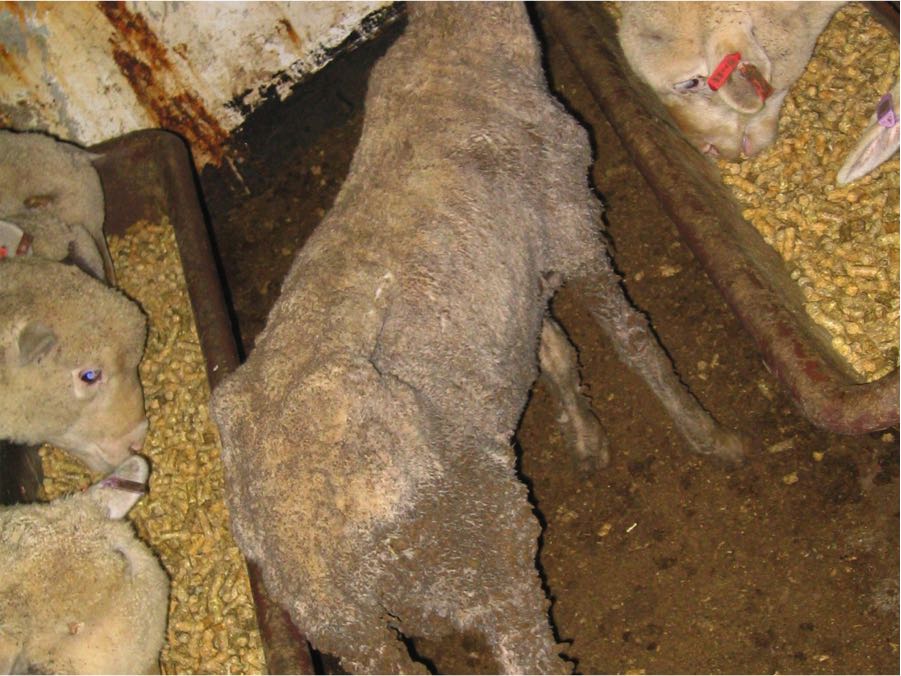 Not surprisingly, I don’t eat sheep anymore, however; surprisingly I do like gravy on my veggies, but not green gravy.

I find these animals frustrating and sad. They could be standing knee deep in food, yet are starving to death in front of you. Supplementary food such as chaff is rarely available in quantities sufficient for long term use, if present at all.

The frustration of physically catching one of these starving animals at sea and placing pellets in its mouth to show them they are edible only to have them resist you and spit them out is heartbreaking. Its like a prisoner on a hunger strike, no way are they going to eat those things. You then have no choice but to watch them deteriorate or put them out of their misery.

On the bright side, as far as the crew and I are concerned, we may have large numbers of dead animals, but they are lightweight to throw over the railings to the sea, and they tend to decompose more slowly, hence less stinky. If they don’t leak all over you as you lift and throw them.

This scenario is more frustrating when you realise they are meant to have had at least 3 if not 5 clear days in the feedlot to acclimatise to the pellets. Any sheep that does not acclimatise will look hollow in the gut should be rejected as a shy feeder and not allowed on the ship.  Rejection inspections failing animals again.

Hygiene has a lot to do with the spread of the disease. Contaminated shit gets into the food and water troughs and all animals are then at risk of developing an overwhelming burden of the disease. This means crew are constantly trying to keep thousands of troughs clean. 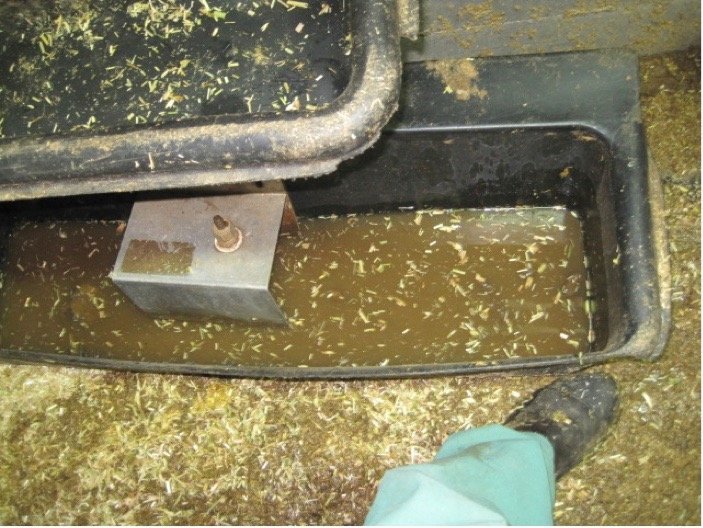 Double-tiered ships are higher risk, allowing more faeces to drop from upper tiers to lower ones, and some ship designs have gaps in the walkways or are made of grating not solid surfaces. This allows an infection to begin on the top deck and spread many decks below; making disease control near impossible.

In these events we are often directed to medicate all the water troughs with a drug called Oxytetracycline. This has little use in my experience, but does mean that any animal drinking from these troughs then carries a drug residue that poses a public health risk to anyone consuming the meat from these animals within 3 months of them coming off the ship.

If the meat from these live exported sheep is not differentiated in the overseas markets from the meat that is exported as ‘meat’ from Australia under more strict health protocols it has the potential to damage the reputation of Australia’s much larger meat export industry.

Sometimes the sheep want to eat the pellets but simply cant reach them as the troughs are too high or the sheep are too short, compounding the issue.

This is not a new “disease complex”. To my utmost frustration it was flagged as a problem in a “Senate Select Committee Report on Export of Sheep from Australia in 1985”!

It was tabled in our Parliament as a major animal welfare concern.

“In addition, the conditions under which sheep are slaughtered in the Middle East do not match the conditions in Australian Abattoirs, which have regulations to ensure a higher standard of animal welfare.

The committee came to the conclusion that, if a decision were to be made on the future of the trade purely on animal welfare grounds, there is enough evidence to stop the trade. The trade is, in many respects inimical to good animal welfare, and it is not in the interests of the animal to be transported to the Middle East for slaughter”.

Don’t believe me, check out the report for yourself!

I nearly hit the roof when I discovered it!!

It goes on (in 1985!) to recommend things still not implemented 31 years later.

Yet, we are still waiting for significant outcomes.

Note the feedlot with no shelter from adverse weather next to a wind farm, still in use today, 2016. 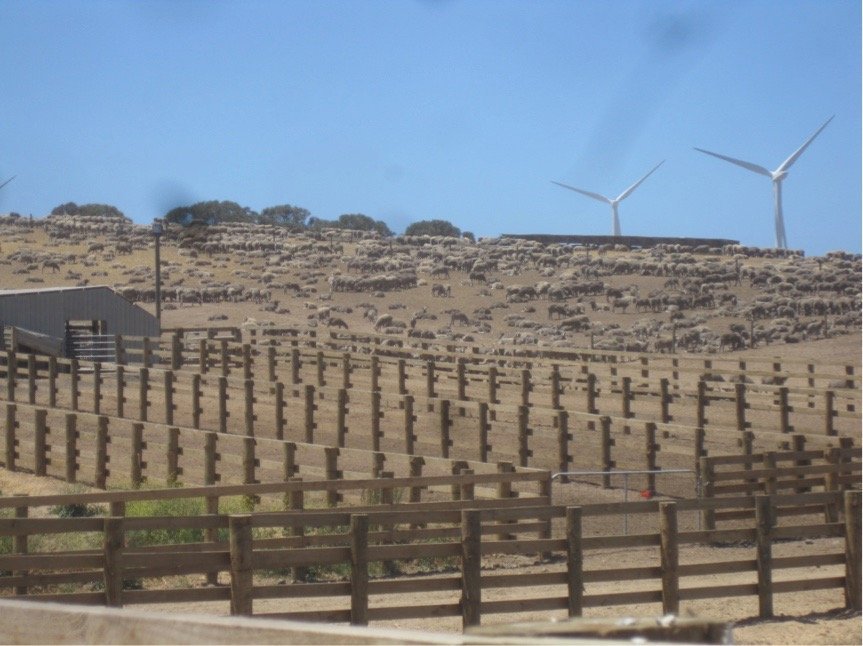 A vaccine was developed for cattle dying on ships from Bovine Respiratory Disease (BRD), however; BRD is still the biggest killer of cattle on ships.

Lets hope all the compounding factors of Salmonella-Inanition Complex are addressed to allow this vaccine a chance in providing an improved survival rate for sheep.

But currently their fate is often sealed before they step on a ship.