Iranian tankers are increasingly voyaging incognito to get around reimposed US sanctions.

Latest AIS data analysed by shipbroker Gibsons shows that approximately 33 Iranian VLCCs have their AIS trackers completely switched off, a notable increase from just 12 units in April, just before the expiry of the US waiver program.

While Iran’s main tanker player NITC has engaged in ship-to-ship transfers in the past, increasingly the Iranian tactic is to use its tankers for floating storage, Gibson noted.

Analysts at TankerTrackers.com have recently spotted one Iranian tanker suddenly appearing in Southeast Asian waters having gone dark for a number of weeks since leaving Kharg Island in Iran last month. , belonging to NITC, suddenly appeared in Southeast Asian waters late last week. After weeks of having its AIS switched off, the ship flicked its transponders back on, showing a changed destination to China and a changed draught (see data provided by MarineTraffic and TankerTrackers below).

NITC is one of the world’s largest tanker operators with a fleet of 59 ships made up of 56 tankers, an LPG carrier and two OSVs, according to data from VesselsValue. 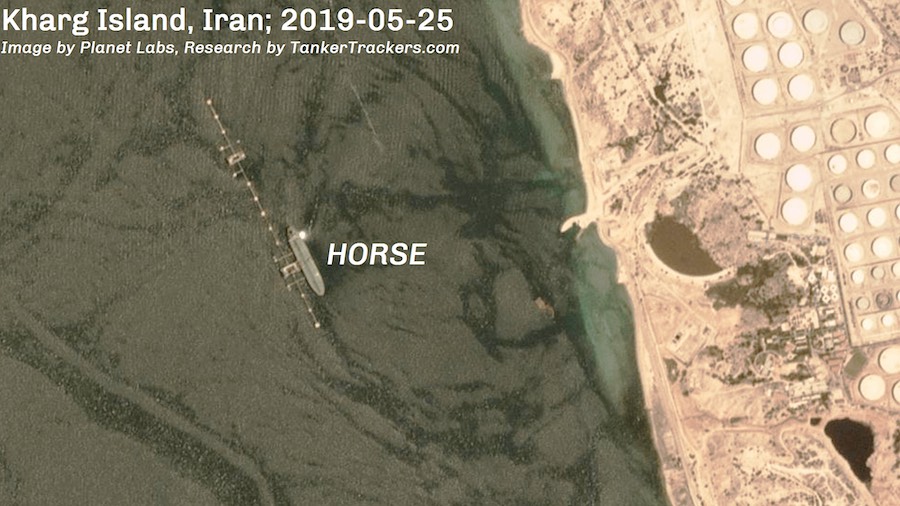 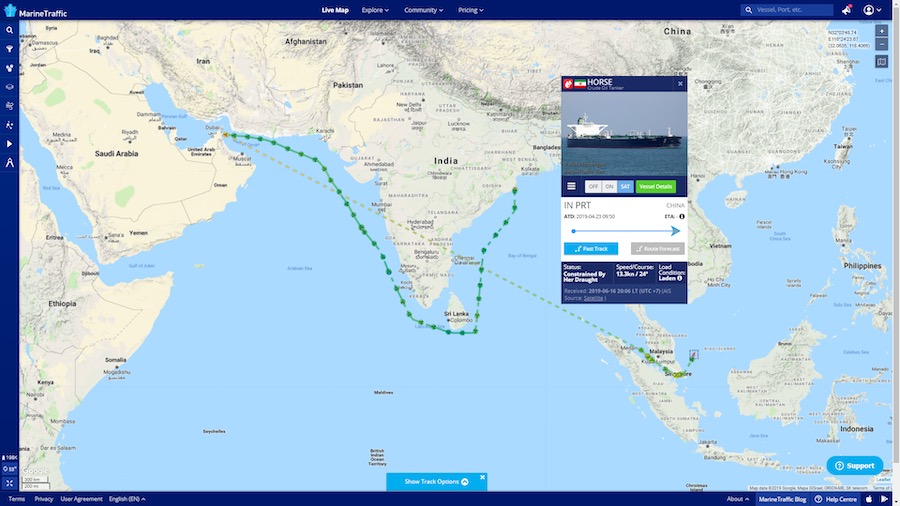