The UK’s Marine Accident Incident Branch (MAIB) has released its report into one of the most high profile accidents of 2017.

At 11.37 on May 4 last year, the UK registered container ship CMA CGM Centaurus 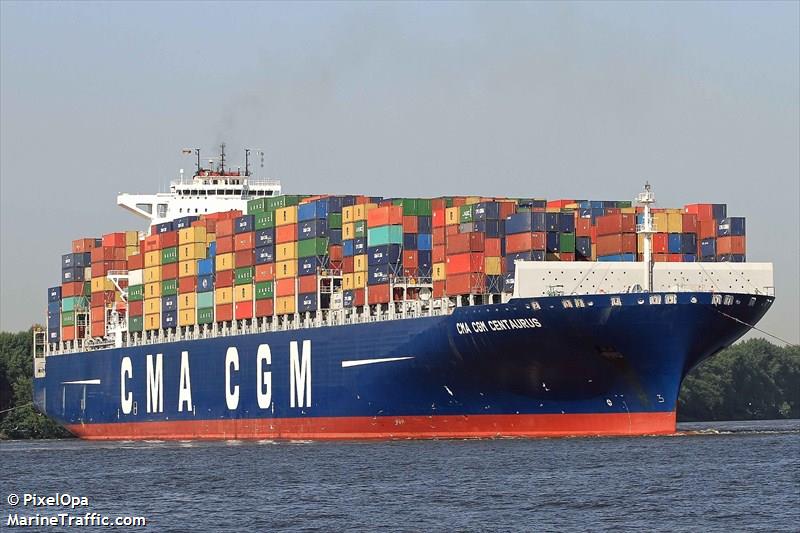 made heavy contact with the quay and two shore cranes while under pilotage during its arrival at Jebel Ali in the United Arab Emirates, an accident that was captured on CCTV cameras and shown first on Splash. The accident resulted in the collapse of a shore crane and 10 injuries, including one serious injury, to shore personnel.

The MAIB report, issued yesterday, states that the accident occurred because the ship was unable to attain a sufficiently high rate of turn into a basin in preparation for berthing. The pilot was unaware of the ship’s speed, and the ship’s bridge team were uncertain of the maximum speed required to complete the turn safely.

There was no agreed plan for the intended manoeuvre, and therefore no shared mental model between the bridge team and the pilot. Consequently, the pilot was operating in isolation without the support of the bridge team, allowing the pilot’s decision-making to become a single system point of failure.

“The pilot’s performance was focused on efficiency, which influenced his decision to turn the ship into the basin without ensuring that the manoeuvre was conducted at a sufficiently slow speed to enable its safe completion,” the MAIB report stated.

Noting safety lessons to be learned from the accident, MAIB suggested that the master/pilot exchange carried out on CMA CGM Centaurus lacked structure and detail. There was little further detail as the approach proceeded. By not actively engaging with the bridge team, the pilot effectively signalled that he did not need their assistance. The bridge team and the pilot did not have a shared mental model for the intended manoeuvre.

DP World’s flagship port, Jebel Ali, also came in for flak from the report. By not requiring its newly recruited pilots to undertake BRM-P training, Jebel Ali port authority missed the opportunity to both emphasise its commitment to the effective integration of its pilots with bridge teams, and ensure its pilots were trained/refreshed in the principles of BRM, MAIB claimed.

“Despite extensive industry guidance, there continues to be a reluctance by masters and pilots to work together in accordance with the principles of BRM,” the report noted.

Many of the factors in this accident can be attributed to a focus on completing acts of pilotage as quickly as possible, MAIB maintained, elaborating: “The priorities set at senior management level have a significant impact on the safety culture of a port, and there is a need to recognise that time-pressure, in the quest for terminal efficiency or financial reward, can have a negative effect.”