Shipping’s conservative mindset – especially among its largest players – is a barrier to innovation, the lead story on the October issue of Splash Extra reports.

Norwegian startup investor Katapult Ocean has just issued a 54-page report based on a wide survey with maritime startups.

More than half of the companies surveyed say that a conservative mindset in larger corporates is a barrier for innovation.

Moreover, just 10% of maritime startup founders are female, a very low figure compared to the 30% average.

Elsewhere in the latest issue of Splash Extra, there are articles on carbon pricing, the VLCC spike, the pressure facing regulators plus an interview with the head of Castrol’s marine arm.

Splash Extra was launched this January. Priced for as little as $100 a year, the exclusive title brings shipping up to date in a concise way with what is going on in the industry. Subscription details can be found here. 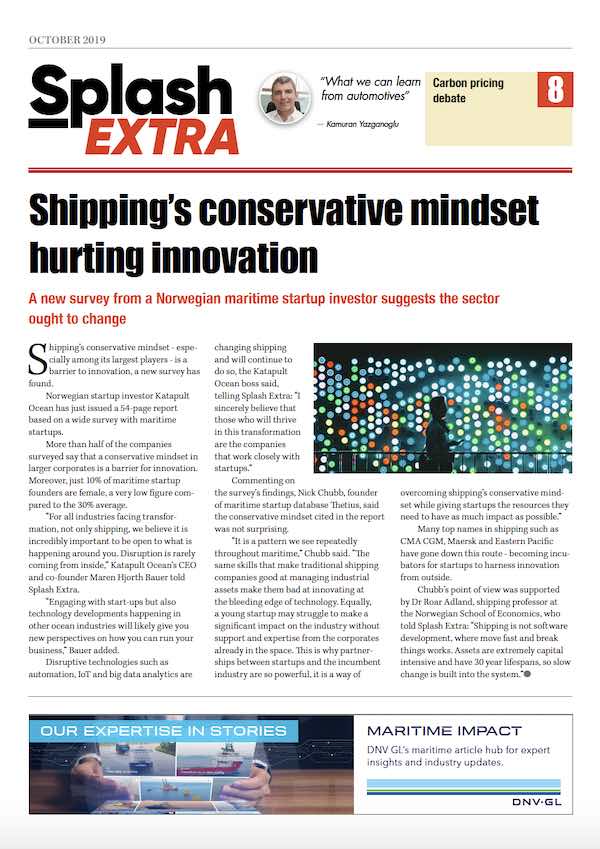 ‘Profiteering’ liners in the spotlight

‘Profiteering’ liners in the spotlight