A very young boxship has been sent for scrap. The Aeneas 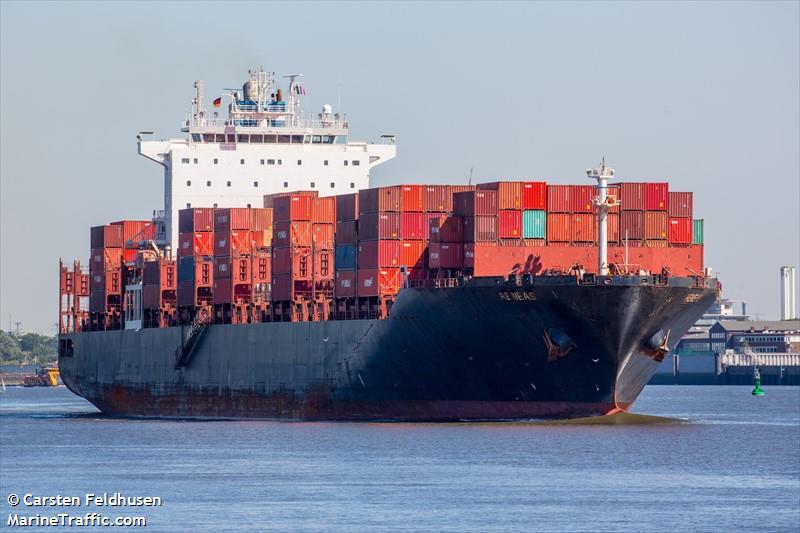 , a Chinese-built, nine-year-old boxship, has arrived at Chittagong’s anchorage, according to MarineTraffic, awaiting to be broken up. The 5,086 teu ship is one of the youngest container vessels to have been sent for early retirement. The ship was acquired from Hamburger Lloyd four years ago.

Last July the Aeneas suffered an engine failure, sparking a dramatic five-vessel pile up on the Suez Canal, with three ships suffering serious prangs. The accident happened when the Aeneas lost propulsion while on a southern bound convoy. Three bulkers – Panamax Alexander, Sakizaya Kalon and Osios David – behind the boxship collided in the ensuing mayhem and the canal was closed for a number of hours.