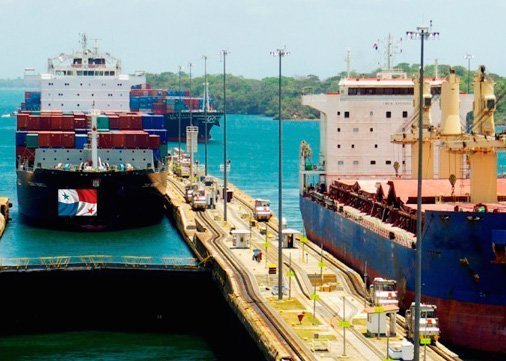 It is said that if you place a frog in a saucepan full of cold water, put the saucepan on a cooking stove, and heat the water slowly to boiling point, the frog will not jump out of the pan, but will stay in the gradually warming water, until it is boiled to death.

Personally, I doubt this. The frog that I retrieved from the road outside my house and placed carefully in the back garden last Sunday made every effort to get away, assisted by froggy common sense and a powerful pair of legs. No fool, that frog. I could not have got him into the pan in the first place.

Still, our apocryphal frog conveys the message that it is possible to get used to just about anything, particularly if things start off nicely, and then get gradually worse.

There was a time, now passing out of the minds of most people, except, perhaps, the legendary Jim Davis of the IMIF, whose memory goes back to his joining the P&O in the 1940s, at a time when it had a ship for every day of the year and no two of them alike, there was a time, I say, when ‘flags of convenience’ were not considered to be quite the proper thing. Indeed, a spirited attempt was made to prevent Panama, Liberia and Honduras from having voting rights at the Inter-Governmental Maritime Consultative Organisation, (IMCO) the more modest and more effective forerunner of today’s International Maritime Organization (IMO), on the grounds that they were not real maritime states, and did not deserve to be heard.

We may also note, in passing, that people who pursue discreditable occupations, be they prostitutes or debt collectors or Port State Control inspectors, start by feeling ashamed of themselves, and gradually convince themselves that they have nothing to be ashamed of.

Furthermore, in our industry, we learn most of what we do learn, as younger women and men starting in shipping, by “sitting next to Nellie” and seeing how our elders and betters go about things.

I have just spent six paragraphs explaining why we, the merchant shipping industry, find ourselves where we are today, as the people who invented ‘offshore’ (note the word!) tax havens, and profited from them mightily, to the point where most governments in the developed world have given up trying to collect taxes on the profits of shipowners, and (this is the important bit!) we have lost any sense that this might be, in some sense, ‘wrong’.

If challenged, we will probably respond by making some reference to the efficient working of the free markets, which have reduced the cost of carriage by sea to about 1% of what it was, in real terms, in the days of the sailing ship.

The fact that this has come at a cost tends to pass us by. We complain that when something goes wrong, and a ship makes a mess, or kills people, we are held to blame, we complain that merchant shipping is “invisible” to the general population of the rich world, and almost all of the poor world, forgetting that we employ almost nobody and that we pay almost no taxes. We complain that our ships are molested by pirates, the very lowest class of criminal, hostiis humani genus, enemies of the whole human race, a class of criminal once thought to be so extinct that they could be made the stuff of comedy, and we complain that our ships and our colleagues at sea are not protected by naval forces. But we employ almost nobody and we pay almost no taxes.

Over the past couple of days, we have seen the people of Iceland, a small and law abiding nation in the North Atlantic, which lives mainly by exporting fish, rise up against their elected government and demand that their prime minister should resign. As I write, more than one Icelander in ten has signed a petition to this effect, and the shamed prime minister has indeed gone.

Iceland is a small Nordic place, and its citizens are more easily shocked than the rest of us. The last time I saw an Icelandic merchant ship, it was serving as a backdrop in the children’s film, Paddington. It seemed oddly fitting.

But perhaps we need to wake up and pay attention to the events in Iceland; they may be replicated elsewhere, and we are looking very much like the People Who Are To Blame.

We see ourselves as Heroic Merchant Venturers; everyone else sees us as a dodgy bunch; tax dodgers who corrupt politics and who lurk in the shadows.