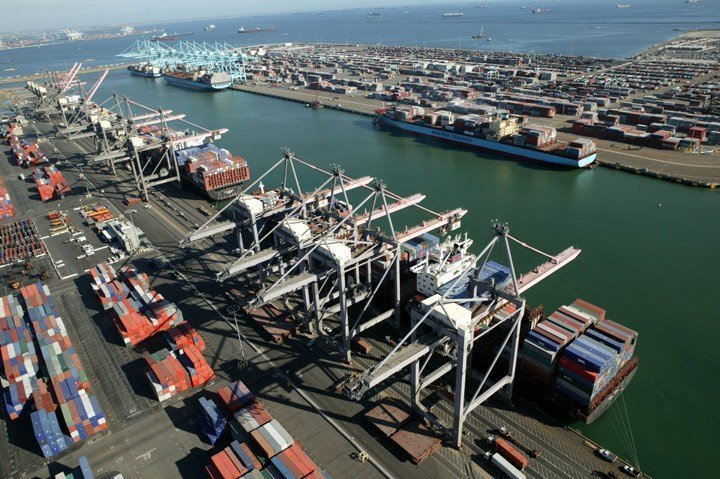 A single dominant and proprietary platform is not only unlikely to succeed, but also highly undesirable, argues Nick Chubb from Intelligent Cargo Systems.

While the idea of a single ‘end to end’ digital platform for the shipping industry may seem utopian, the unfortunate reality is that it’s highly unlikely to work, and if it does, it will be bad for the industry. Human nature means that there will never come a day when every stakeholder will gather around the table to make it happen. This will create an environment of winners and losers and put too much power into the hands of a minority. A far better pursuit of our collective effort is the creation of openly available and interoperable data standards that allows communication between the many digital platforms that will inevitably be built.

In the last year, there have been more digital platform announcements than I have been able to keep track of. There are a whole host of startups looking at the problem but some of the more notable announcements have come from the big 10 liner operators. This, of course, includes Maersk and IBM’s Tradelens, and the formation of the Global Shipping Business Network (GSBN) which includes just about everyone but Maersk.

Any effort to bring forward the digitalisation of the shipping industry should be welcomed, but the idea of a single digital platform that underpins global trade simply won’t work. Too many of the parties required to get behind an initiative like this have divergent interests. According to their website, Tradelens “is an open and neutral industry solution underpinned by blockchain technology”. A cynic may question just how “open” and “neutral” an industry solution can be when it is owned and operated by the largest shipping line in the world. Even though the platform has been set up so that Maersk receives “no special treatment”, it is impossible to deny that the strategic direction it takes will be in line with its parent company’s interests. It was widely reported at its launch that GSBN was a direct response to Tradelens and therein lies the issue. The widespread adoption of a single platform would defy the very human need to compete with one another. Perhaps more appropriately, it would defy the shipping industry’s very pragmatic need to compete with Maersk.

The pursuit of a single dominant and proprietary platform is not only unlikely to succeed, but also highly undesirable. The probable end game will be two or more incompatible and competing options which will ultimately force everyone to make a choice. As liner operators, terminals, multimodal carriers, NVOCCs and freight forwarders nail their colours to the mast, one side will lose out. This isn’t losing out in a small way, like the time I bought a MiniDisc player, this could potentially force thousands of businesses, large and small, to pick between operating through a platform they have no control over and going out of business. The winner of this future format war will have control over data that enables the flow of goods around the world, making the battle between MiniDisc and CD look rather trivial.

In the last few years, we’ve seen what can happen when a single organisation has control over vast amounts of important data. Facebook has been widely credited with putting Donald Trump in the White House and making Brexit a reality. Whatever your political opinion, it is impossible to deny the power the social media giant has over free democracy. The ensuing data protection scandal that embroiled Facebook has seen the platform with 2 billion friends fined by the UK’s Information Commissioner, answer MPs’ questions in the House of Commons, and even had Mark Zuckerberg himself taking questions in the U.S. Congress.

As well as making a small number of businesses and individuals very powerful, a single logistics platform will strangle innovation and competition in the sector. Our industry already suffers from an innovation inertia that is incredibly difficult to overcome and many small players have been squeezed out of the market through mergers and acquisition. The ability to safely and profitably move goods around the world has always been key to surviving in this business, but as the 21st century progresses survival will depend on one thing; data. The flow of goods is increasingly dependent on the flow of data. Future profitability lies in the ability to control and capitalise on that data flow. It is in the interests of the dominant players to maintain a tight grip and keep small innovators at arm’s length.

How we use and exchange data has the power to transform every facet of our industry, from the operation of ships and ports to the processing of customs information. It is absolutely vital that we capitalise on this opportunity as an industry but we don’t have to go down the route of a single expansive platform. There is a better way. The adoption of open source data standards for shipping, where the rules by which data is described, recorded and exchanged are freely available to anyone will encourage innovation and competition. This will keep data flowing freely, independent of any one party’s platform.

In 2016, the UK’s competition regulator found that the retail banking market was stifling innovation because of the dominance of the nine biggest banks. Their solution was to create Open Banking, an independent entity funded by the ‘big nine’ which developed API and data standards which are consistent across the industry and free for anyone to use, on an open source license. Barely three years later, there is a multitude of startups now working in the sector helping people with everything from budgeting and getting out of debt to savings and investments. I have accounts with four different banks. Two of those banks didn’t exist two years ago and I receive a notification to my phone every time there is a transaction in or out of any of my accounts. I was able to take out a mortgage last year without seeing a single piece of paper. The simple truth is that Open Banking has created an environment where innovation happens faster and cheaper than it ever could have before, competition has increased, and the service to customers has and continues to improve exponentially.

To their credit, Tradelens have pursued open data standards to a point. They are using an open source API specification which is easy to integrate with and they have published all of their data sharing specifications on their website. Unfortunately, however, the copyright notice throughout the documentation makes clear that the owner of the data specifications is Maersk GTD INC and IBM Corporation. Their legal notice also makes it quite clear that “Tradelens does not grant you any express or implied rights or licenses”. If Tradelens were serious about interoperability they would open source their data standards, otherwise, it is all just a PR exercise.

Although this may sound like a character assassination of Tradelens, it’s not meant to be. They are the first major player to stick their head above the parapet and I applaud them for doing so. I want to see Tradelens thrive, but along with it, I want to see 1,000 other digital platforms have the chance to thrive too. There is no way that one platform can serve the multiple complex needs of the supply chain. It would be a bit like forcing every business, from a large auto manufacturer to your local florist to use Oracle’s ERP software to run the business. One size does not fit all. The best way to improve trade efficiency is to give innovative businesses, large and small, access to the tools and information to improve the lives of their customers. Open sourcing data standards levels the innovation playing field. If we are serious about the digital transformation of shipping, it is the only way forward.