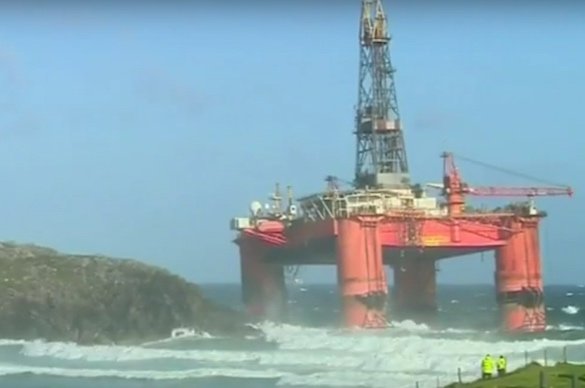 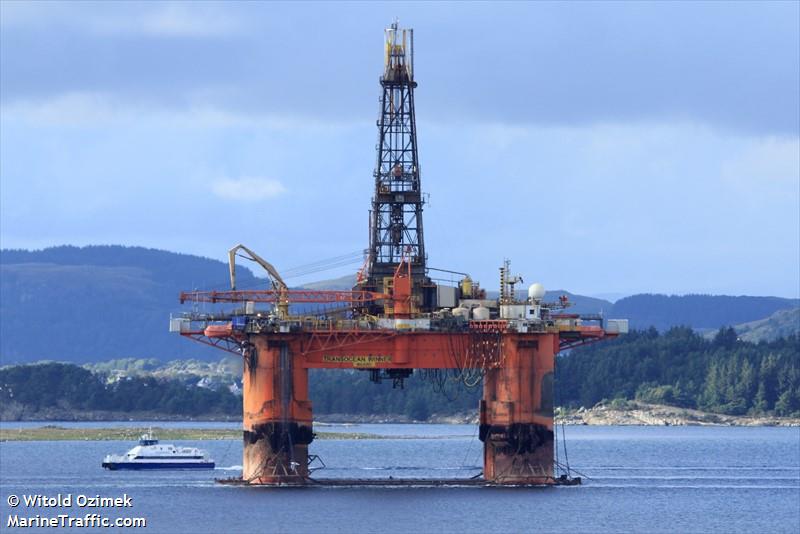 , the semi-submersible drilling rig that ran aground off the Isle of Lewis in Scotland last week.

The 17,000-tonne rig broke free after its tow line with a tug snapped during stormy conditions on August 8, while being transported from Norway to Malta. Its final destination was Turkey for demolition.

The rig has lost more than 12,000 gallons of diesel oil from fuel tanks, which have ruptured.

Eight salvage workers boarded the rig on Sunday and will remain there for the “foreseeable future”, Hugh Shaw, the secretary of state’s representative for maritime salvage and intervention, told BBC Alba. Shaw is overseeing the salvage operation.

Four of the workers are concentrating on setting up an emergency generator and restoring power to the rig, the BBC reports.

The other four, who are employees of salvage company Smit, have reportedly resumed a damage assessment that they began last week.

Two helicopters are reportedly to be brought in, one from the south of England and another from Spain by the rig’s owner Transocean, to lift heavy equipment if needed.