Matthew Freeman from VesselsValue identifies why there’s such a strong appetite for ageing aframaxes.

There has been a steady flow of older aframax tankers sold over the past 12 months, each at slightly improved levels on last done. VesselsValue data shows 35 transactions of aframaxes 12 years or older have taken place, with Greek owners being the most active players, participating 21 of the deals as both buyers and sellers. 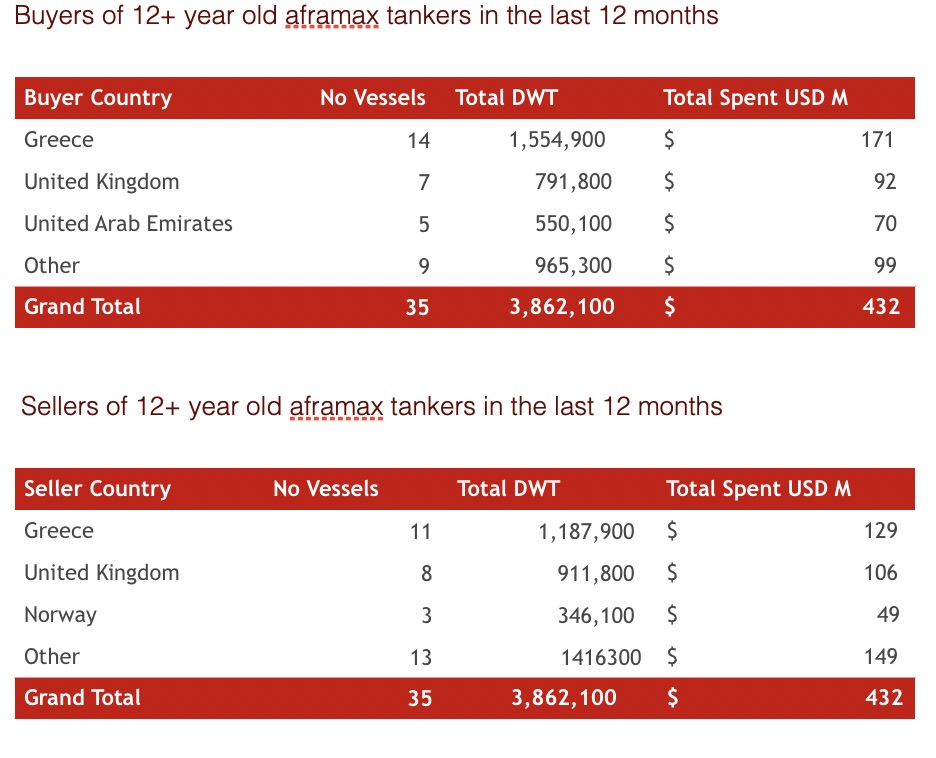 VesselsValue is seeing the value of a 15 year old ship has moved from around $9.5m 12 months ago compared to levels closer to $13m today, which represents a rise of almost 37%.

Last summer there was a significant increase in spot rates between the USG – Carribs from near historic lows to almost $50,000 per day, as we can see from the below.

Owners looking to benefit from this acquired older bargain boats for immediate market exposure. The cheapest of which being the 2003 bt HS Medea that was sold to Greek owners Coral Shipping for $9.3m (VV today $12.2 m).

The USG- Carribs trade, in particular Venezuelan cargoes, continued to thrive throughout the remainder of 2018, and coupled with increased buying interest in this size and age, was the primary driver behind the beginning of this sudden increase in values. In January 2019, the Trump administration announced a new round of trade sanctions on Venezuelan state oil company PDVSA and rates in the area crashed, leaving owners to seek new routes further east. These trade restrictions have limited the supply of crude oil available having a knock on effect on the price of Brent crude, which is now at $74 per barrel, its highest level in 2019 so far.

Further recent sanctions from the Trump administration on waivers to Iranian trade have helped keep supply low and therefore maintain this level. Owners with vessels in the East are now looking towards other profitable trading solutions such as storage business or local trade.

A look at the ships on the water shows that 37 aframaxes are classed as being in long- or short-term floating storage.

Is this trend set to continue or have values for vintage ships reached a peak?