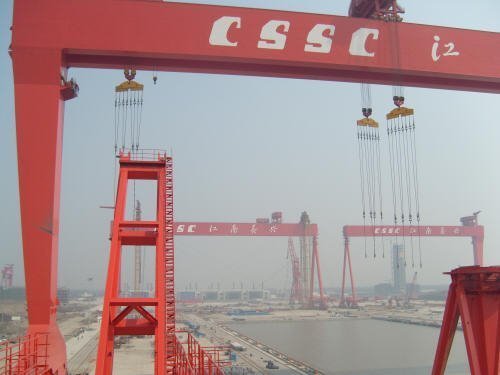 Dr Adam Kent from Maritime Strategies International posits that as much as one third of the Chinese ship orderbook could be fictitious.

The shipyard capacity conundrum is one which is facing all ship sectors and has multiple facets. How accurate is the orderbook? What will future shipbuilding look like? When will it make sense to order newbuildings and can the yards survive until then?

The sector’s problems can be traced to the accession of China to the WTO in 2001 and the ‘perfect storm’ of contracting which followed. Records tumbled year after year in main and specialised sectors as capacity and output expanded massively.

In the decade to 2010 shipyard capacity increased from 20m cgt to over 50m cgt, primarily driven by China where yard numbers grew from 25 to almost 200 by 2007 and South Korea which witnessed massive yard expansion.

By 2016 the story was different: orders had dropped significantly and yards were failing, restructuring and laying off tens of thousands of workers as levels of contracting fell. A quick look at the orderbook shows that some shipyards took their last contracts over 10 quarters ago and are fast coming to the end of their orderbooks.

In South Korea, deliveries have been stable, with a steady output of approximately 12m cgt per annum over the last three years. Based on scheduled deliveries this will carry on in 2017, before collapsing in 2018 to close to 25% of recent levels.

In China, approximately 11m cgt has been delivered annually in the past three years but 2017 scheduled deliveries are for 17m cgt – head and shoulders above actuals for the last three years.

Some 12 months ago, China was expecting to deliver 20m cgt, though we saw just over 10m cgt of merchant shipping delivered. Even allowing for some slippage from current levels, we are once again witnessing a ‘phantom orderbook’ which is pushed further and further out every year and which will never materialise.

These ships – the majority of which were contracted in 2013, when the world was a very different place – didn’t show up in 2016 and seem unlikely to 2017. The recurring nightmare for owners is that the majority are bulk carriers; more than enough to derail any hint of recovery.

In fact, MSI believes that over a third of the Chinese orderbook is in effect fictitious and will never hit the water. This means that the yards have a lot of berth space available from 2018 onwards. A look at what was ordered in Q4 2016 supports this view with the majority of ships recorded as having delivery dates of 12-18 months ahead.

So what can the shipyards do to survive? Where does the contracting needed to keep them in business come from? Looking at MSI’s sector-specific models over next three years suggests positive – but not stellar – cargo growth between 2017-2019. This will call for some new contracting to meet incremental demand but is a long way off the average levels since 2000.

In terms of replacement tonnage the fleet is very youthful with only around 10% of the main sectors older than 20 years, meaning there few immediate scrapping candidates. The yards are aware of this and re-evaluating their business models – though the effect is more about re-ordering than reinvention.

Southeast Asian yards still look at shipbuilding as a stepping stone to broader economic development, but China is looking at Korea and the conglomerate model where super yards work in higher added-value sectors. Korea in turn is looking at Germany which is focused on very specific high value products that can deliver a profit margin.

We think that China will be relatively successful in moving away from bulkers, increasing the mix of tankers, containerships and gas tankers. Japan has traditionally been insulated by its reliance on domestic orders, some 75% compared to China’s 25% from domestic owners.

To put China’s challenge in context using MSI’s models, if the country enacted a ‘China-first’ policy where all ships over 20 years were scrapped and incremental trade in and out carried only on new, China-built vessels, it would produce demand for around 25m cgt, enough to keep Chinese yards active for two years.

The wider ramifications of shipyard developments are twofold: the effect on newbuilding prices and the potential for major structural change in the industry.

Newbuilding prices are an essential component of the second hand price and therefore decisions on whether to order new ships or continue to soak up the surplus of second hand tonnage have a broad impact.

Newbuilding prices themselves are driven by the yard’s forward cover, which is measured in years. When forward cover falls below 1.75 years, pricing power switches from yards to owners at which point the yards must look to reduce prices to attract orders, in order to remain viable.

Despite recent falls, yard costs will see a slight uptick in 2018 and though forward cover will also fall, this upward movement will prevent newbuilding prices from falling too far. MSI predicts an annual average price for a VLCC of $81m and $39m for a capesize in 2018.

On the structural side, we remain concerned about the high availability of shipyard capacity. While some effective capacity is closing, the facilities and hard infrastructure still exist and any sustained improvement could see these shipyards reinstated and back on stream quickly.

The effect of this will be shorter, sharper shipping cycles because Yard capacity is no longer a limiting factor and elastic yard capacity can rebound quickly depending on market conditions and prices.

So when might it make sense to order new tonnage? Comparing the internal rate of return between a new and five year old vessel, we believe it makes more sense to buy second hand than new in 2017.

As the scale of yard forward cover falls further in 2018 and newbuilding prices fall to a nadir there becomes a more compelling case for investment in new orders across wider range of sectors.