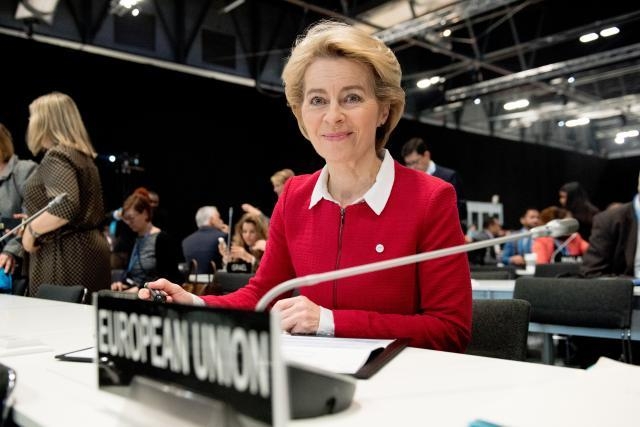 The European Commission will shortly introduce emissions trading for shipping in what could be the industry’s next greatest shift after the sulphur cap starts in four weeks’ time.

The president of the European Commission, Ursula von der Leyen, in one of her first major speeches, promised on Monday at the UN climate conference (COP25) in Madrid to make Europe the first climate neutral continent by 2050 by introducing the so-called European Green Deal.

In March next year, the commission will propose the first-ever European Climate Law to make the transition to climate neutrality irreversible.

This will include extending emission trading to all relevant sectors including shipping.

“The European Green Deal will open new opportunities in all sectors – from transport to taxation, from food to farming, from industry to infrastructure,” von der Leyen said.

Commenting on the potentially historic news, Faig Abbasov, programme manager for shipping at the NGO Transport & Environment, told Splash today: “If it were a country, shipping would be the eighth biggest emitter in Europe. Yet it has been hiding under the radar, free riding on the climate efforts of other sectors. This is no longer acceptable, every sector must contribute its fair share. EU leaders must now rise up to the new commission and parliament’s ambition and ensure that European shipping pays for its carbon pollution under the EU emissions trading scheme (ETS).”

Applauding the news from Sweden, Hannes von Knorring, a maritime energy expert from the University of Gothenburg, said the decision from Brussels could serve as a bonanza for forward thinking companies.

“This should provide exciting opportunities. Innovative GHG reduction projects from sectors in the ETS can apply for funding from the €10bn EU Innovation Fund,” von Knorring said.

Because shipping touches so many policy areas several European Commission directors spoke at the Waterborne Transport Platform event. It was abundantly clear that the new president, von der Leyen, was determined to take responsibility for tackling the climate emergency. The Green Deal is the centrepiece for action.

A key message from the event was that to achieve the rapid emission reduction shipping will need new ways of thinking. Delegates were reminded how the power sector achieved the transition to affordable ‘green’ power because it was given financial support to get over the innovation hump. The conference participants were urged to focus on the ‘deal’ aspect of the Green Deal, to consider what would be needed to accelerate research and implementation, and that by uniting in a single sector accessing support for the necessary energy transition would be more straightforward.

“It’s all too easy for us all to slip in to our usual combative positions but in this climate emergency we need to be open to finding new ways forward,” commented Di Gilpin from the Smart Green Shipping Alliance.