The Maritime CEO Forum made its European debut yesterday in the swish surroundings of the Monaco Yacht Club with 100 top shipowners gathered to debate key issues facing shipping.

Regulators faced plenty of criticism throughout much of the event. During the tanker panel, moderated by the CEO of V.Group, Graham Westgarth, Emanuele Lauro, the CEO of Scorpio Group, told invited guests, “The regulators have done a particularly bad job in imposing regulations on our industry. When regulators are imposing rules that they don’t have the full picture about, you then get into the situation like the scrubber shenanigans.”

“Technological compliance adds a whole new degree of uncertainty,” argued Modi Mano, CEO of M Sea Capital, saying that this is putting a cap on the orderbook.

“Regulators are making it so difficult for us to understand what the technology of the future will be,” Mano said.

Yes, the regulators could be doing a better job, but the blame game needs to be spread more widely, suggested moderator Westgarth.

“The last two big pieces of legislation – sulphur cap and ballast water – have been poorly regulated and poorly implemented, but you can’t just blame regulators, blame also lies with class, manufacturers, yards. The industry needs to think and act with one body,” said the former Intertanko boss.

Svein Moxnes Harfield, co-CEO of VLCC giant DHT Holdings, used the Maritime CEO platform to hit out at the “illogical” nature of shipowners. Harfield relayed how back in 2002, VLCCs cost no more than $67m, but just 13 VLCCs were ordered that year. Fast forward to the great crash of 2008, and owners were splashing up to $150m per unit on 130 newbuild VLCCs.

“It is illogical. Shipowners always order ships when they have cash. They are cycle destroyers,” Harfield said.

Marco Fiori, CEO of Premuda, said that likely further consolidation within the shipbuilding sector could help to make the tanker space less volatile. “There will be less supply of ships, less boom and bust,” he predicted.

A full report from the tanker session at the Maritime CEO Forum in Monaco will appear in the next issue of Maritime CEO magazine. The next forum is to be held in Hong Kong on November 18. 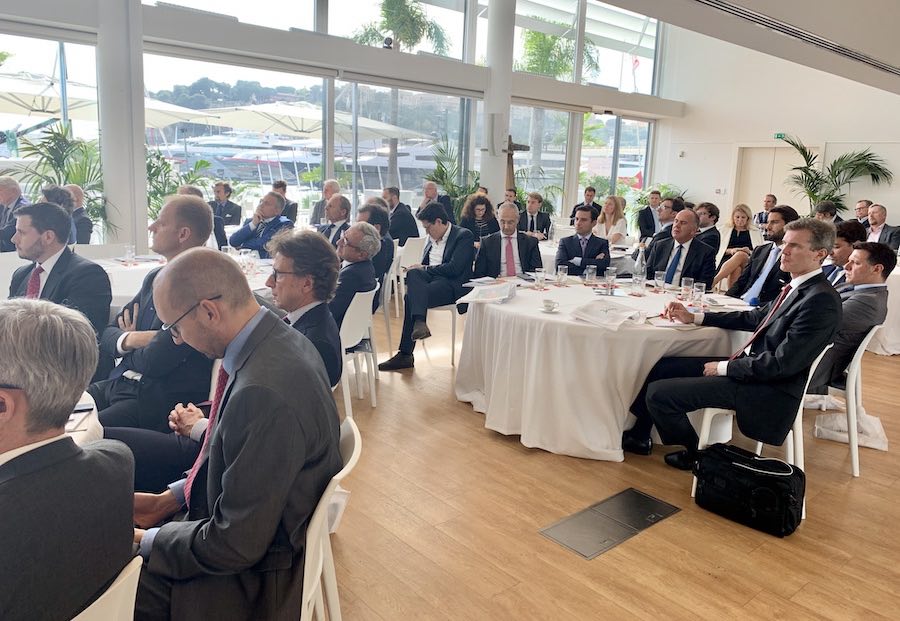