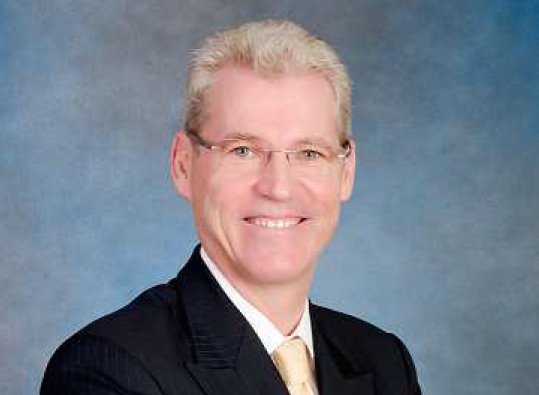 In his first official interview since being anointed the boss of Ocean Network Express (ONE), Jeremy Nixon today tells Maritime CEO of how he intends to position the new Japanese container colossus.

Last Monday Nixon became the highest ranked foreigner at any of the Japanese big three lines in a history that dates back to 1884. Nixon has taken the reigns as CEO of ONE, the merged container company of Mitsui OSK Lines (MOL), Kawasaki Kisen Kaisha (K Line) and Nippon Yusen Kaisha (NYK), which will operate out of Singapore. With a combined fleet of 1.44m slots ONE will rank sixth in the world when it officially starts business in April next year.

“ONE does not aspire to be the largest carrier in the market, just large enough to survive and yet still small enough to care,” Nixon tells Maritime CEO today in an exclusive interview. “We hope to offer future customers a high quality, reliable and innovative service offering. Reliable not only in service delivery terms but also in financial stability, as ONE will inherit a very strong balance sheet.”

Nixon worked for P&O Nedlloyd from 1994 through to when it was bought out by Maersk in 2005. After just under three years at Maersk as vice president he jumped ship to NYK in 2008, where he rose through the ranks to become CEO of NYK Line, based in Singapore, in 2012.

ONE will launch at a time where prospects for container shipping are finally looking up, but Nixon remains cautious of the markets, saying that the recovery is still in its infancy.

“The market has gradually been correcting, with minimal new orders of late and more positive pick up in global demand,” the UK national says, adding: “However, the balance between supply and demand still remains sensitive, and therefore a full recovery is by no means guaranteed on the basis of previous historical norms.”

Sales activity and a global promotional campaign for ONE will kick off this October, with bookings starting in February next year.

NYK, as the company with the largest box fleet among the three, has a 38% stake in ONE, with K Line and MOL holding 31% stakes each in the new venture.

Nixon’s unveiling as the CEO of ONE last week was overshadowed by news from Hong Kong where Cosco finally made public its massive $6.3bn bid for OOCL.

Nixon thinks the Cosco/OOCL merger will not be the last we see in the current container consolidation run.

“The consolidation of many shipping companies and brands over the years has been an ongoing economic evolution, but has clearly accelerated in the last 24 months,” he says. “Extrapolating forward, historical data would indicate that there are still likely to be further future changes, and so it is premature to call an end to this cycle.”

Having been in container shipping for the past 23 years Nixon is circumspect about future growth prospects for the sector. Growth spurts seen pre-global financial crisis are very much a thing of the past, he concedes.

“The original exuberance of newly emerging developing economies and trade agreements encouraging international outsourcing are now well behind us,” Nixon says from his Singapore office.

ONE will be moving into new 50,000 sq ft premises in Singapore in the coming months with regional headquarters to be established in Hong Kong, London, Richmond and Sao Paulo.