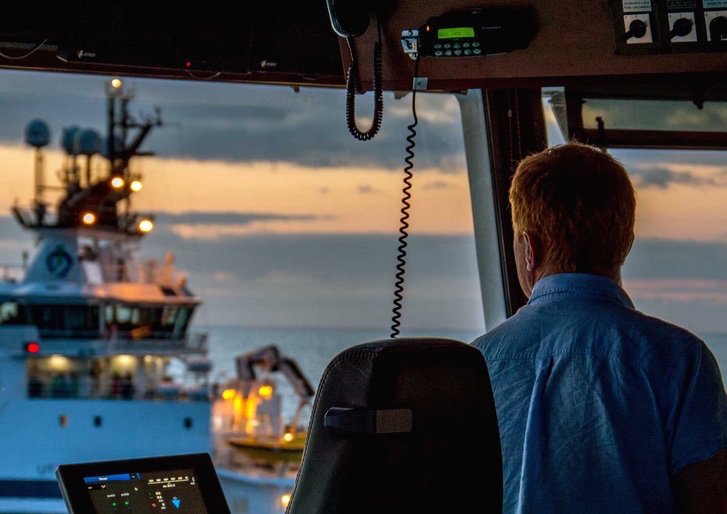 A new report from Futurenautics and Vodafone published this week shows that 90% of shipboard data never leaves the vessel, but a blended connectivity approach combining 4G/LTE and satellite could unlock significant value as part of digitalisation and IoT strategies. Roger Adamson reports.

In recent years, the commercial shipping industry has had to come to terms with a variety of external pressures, from environmental concerns and Globalisation 4.0 to new technologies and increasing digitalisation.

The 2020s looks set to be a highly volatile decade for shipping, where success will require not just operational efficiency, but operational agility. Ship operators are looking to digitalisation to deliver both, but according to a major study undertaken between Futurenautics and Vodafone, significant value is still being left on the table.

Traditionally the high cost and limited bandwidth of satellite ship-to-shore connectivity has been a barrier to the widespread adoption of technology, yet it’s estimated that today around 75% of vessels have some kind of Internet access, and the amount of data transmitted to and from ships is continuing to grow. Despite this increasingly connected fleet however, the research study which surveyed more than a hundred ship operators and suppliers representing 6,000 vessels, shows that nearly 90% of all data generated on board never leaves the ship.

It seems clear that ship operators are losing out on valuable analytics insight which can improve both performance and efficiency, and part of the problem is a failure to accurately classify the time-sensitivity of data. Transmitting data in near or real-time over satellite is correctly perceived to be a costly exercise, however, the study shows that nearly half (42%) of the data that is sent ashore is not time-sensitive, only needing to be shared once a week or once every voyage.

To date 4G has been largely overlooked as a complementary service that can deliver real benefits to both ship operations and crew welfare, despite 38% of ships already being fitted with 4G/LTE solutions. Currently, the majority of those 4G solutions have been fitted to reduce overall communication costs, or provide a backup to existing satellite solutions or crew connectivity, rather than to transmit operational data back to shore. With no 4G reception in the middle of the ocean that makes sense for time-critical data, however, the study confirms for the first time that a ship spends 60% of its time in port or coastal waters where it would be within reach of a mobile connection.

Today 4G/LTE delivers lower hardware investment, higher speeds, unlimited capacity and less latency than satellite. Near-shore 4G networks could be used while in port or coastal waters providing a cost-effective way of accessing under-utilised data. Whilst the study recognises satellite connectivity, as the best option for deep-sea operations and emergency communications, is, and will remain, the primary solution in shipping, it must be viewed in the context of a new Blended Connectivity approach, balancing and utilising an increasing range of services and which has significant scope to extend maritime interconnectivity.

The evidence suggests that unlocking the real value of data and digitalisation demands a new approach to the critical underlying connectivity layer. The future of shipping depends on its ability to adopt and extract value from a raft of Industry 4.0 technologies from the IoT and AI to 5G, and ship operators can’t do that alone. Blended Connectivity demands an ecosystem approach from both connectivity suppliers and ship operators who will need to collaborate closely. Blended Connectivity strategies must deliver interoperability, security, availability and customer-centricity in the longer term, but, as the research shows, can reduce costs and unlock value from day one.

Pacific Basin tipped to have taken another ultramax