Two years since authorities were confronted with a major bunker spill, the government of the Solomon Islands is facing another big clean-up, accusing the crew of a 30-year-old bulk carrier of dumping around 1,000 tonnes of heavy fuel oil into local waters. 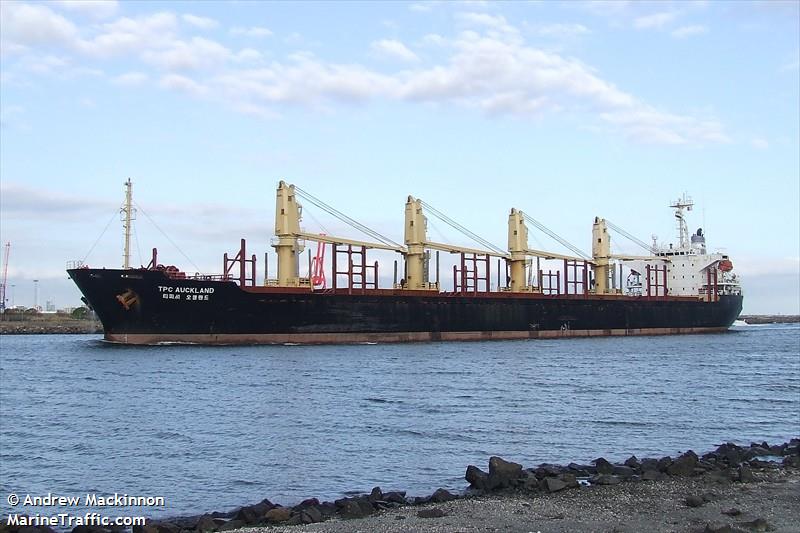 stands accused of deliberately dumping fuel into the sea. The 28,451 dwt handysize ship, which European database Equasis says is managed by Singapore’s Feng Sea Shipping, was carrying out a logging shipment for a Chinese company when it dumped heavy fuel oil into Graciosa Bay in Temotu province in late January, the Solomons government claims.

The director of the Solomon Island Maritime Authority, Thierry Nervale, told state media an initial assessment of the Quebec spill indicated about 1,000 tonnes of heavy fuel oil had been discharged, and that the government would pursue legal action against the vessel’s owners.

“For us, it is clear that this is deliberate pollution of our seas. It’s not accidental,” Nervale said.

The Hong Kong-flagged Solomon Trader ran aground on February 4 in 2019 in Kangava Bay off Rennell Island near the world’s largest raised coral atoll, a UNESCO world heritage site, becoming that year’s most high profile dry bulk casualty. It was loading bauxite in inclement conditions when the accident happened, which led to hundreds of tonnes of bunker fuel spilling and the ship being declared a total constructive loss.