In one of the most sensational days of tanker trading ever VLCCs climbed back into six-digit territory as Saudi Arabia moved to flood the markets with oil, taking a huge swathe of ships on subs.

VLCCs, trading in the doldrums for around $18,000 last Friday, were booked on subs today for up to $241,949 a day as Saudi Arabia and Russia fight it out for oil supremacy. More remarkably, Saudis were willing to pay top dollar for the most prompt tonnage available, with non-scrubber fitted ships actually reaping higher bids than their HSFO burning sister vessels.

As with six months ago, however, the sensational spike seen on Tuesday might not materialise. The last time there was a spike close to this scale – in September last year – the deals for tankers on subs at the most stratospheric levels failed to materialise.

“It’s completely mad. Days like these are unheard of, and the cash put down on the table for these tankers are frankly mad and unsustainable,” one veteran London-based shipbroker told Splash today after a frenzied 12 hours of fixing.

Saudi Arabia finds itself in a fight with Russia over crude after negotiations to limit production output came to an acrimonious end over the weekend. 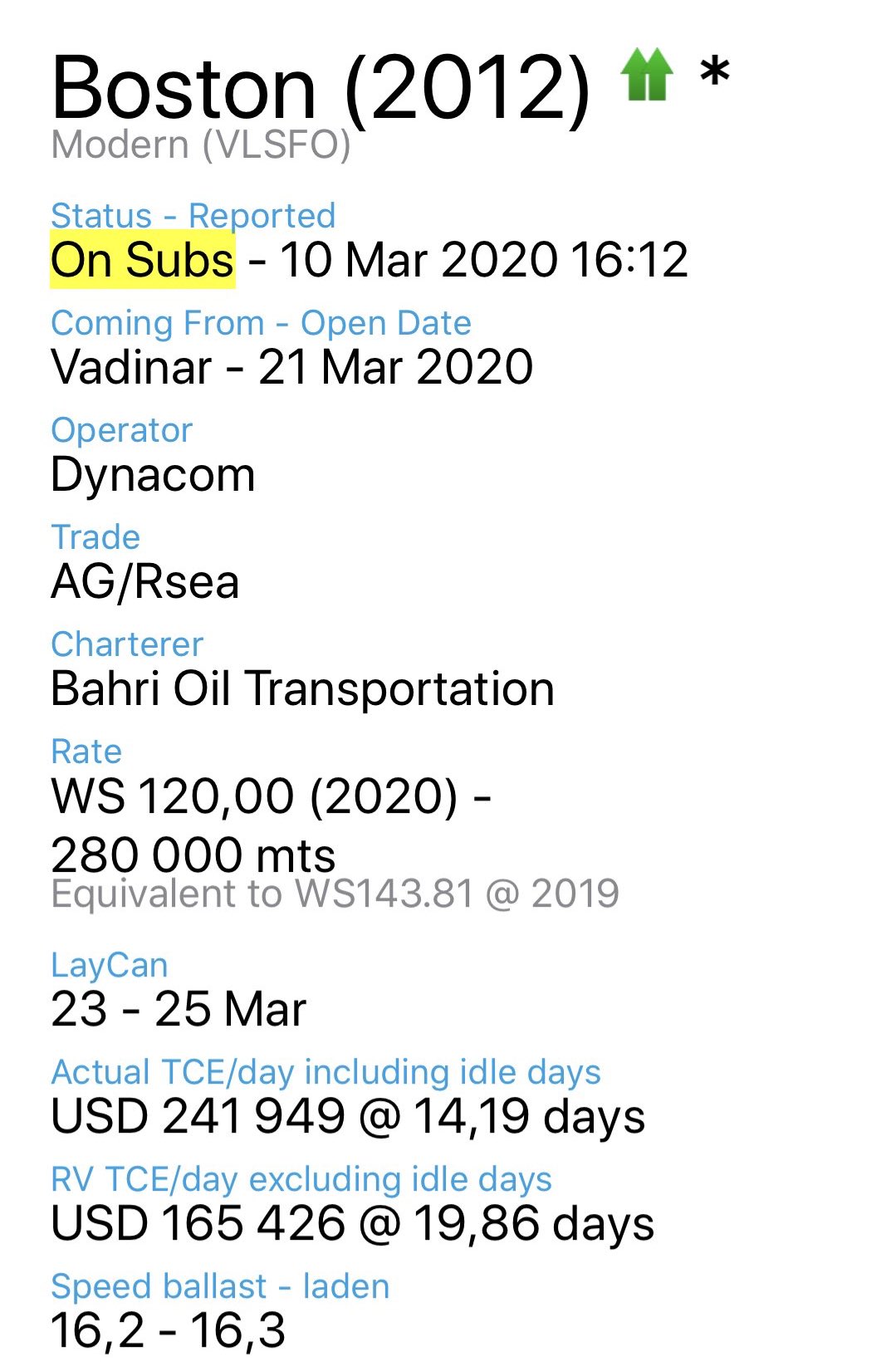