Cargo claims specialist WK Webster has details of yet another box spill in the north Pacific – the fifth reported lost overboard incident in less than two months.

Unlike other recent accidents, the latest box spill happened as the 14,300 teu MSC Aries 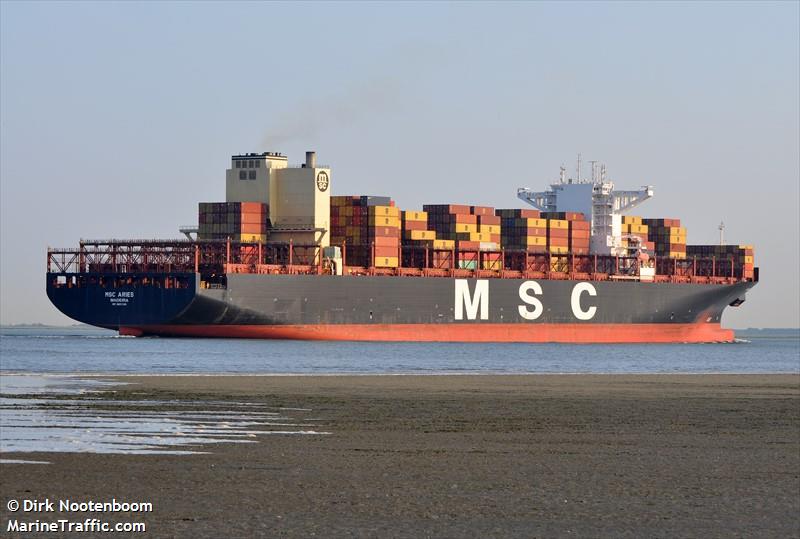 made its way back from the US to China.

The Portuguese-flagged ship is reported to have lost 41 boxes last week while en route to Ningbo from Long Beach. Vessel tracking from MarineTraffic (see below) shows the likely moment where the accident happened, the vessel suddenly bearing north three quarters of the way through its journey.

The ship is now at Ningbo.

“Recovery issues may arise as a result of this incident,” WK Webster warned.

In a statement sent to Splash, MSC said: “MSC Aries, deployed on the Sequoia service on voyage US053S, met with heavy weather while en route from Long Beach to Ningbo. A limited number of empty containers were impacted and initial reports from the vessel suggest that no cargo was spilled overboard. MSC is working closely with the necessary parties and authorities to allow the vessel to berth at the Port of Ningbo on or around 3 February, with a view to assessing the status of any containers damaged onboard and any further action to take. This assessment will require some time and may impact the vessel’s schedule. MSC very much regrets any inconvenience arising from this incident and will do the utmost to assist customers to try to ensure that the matter is handled as efficiently and smoothly as possible.”

Unloading of the storm-damaged Maersk Essen is underway this week in Mexico.

The latest issue of Splash Extra, published last week, takes an in-depth look at why so many containers have been lost overboard in such a short timeframe. As well as looking at containership designs, lashing and stowage issues, the editorial team have conducted an extensive survey into the phenomenon of rogue waves, something that is especially problematic in the winter in the North Pacific.